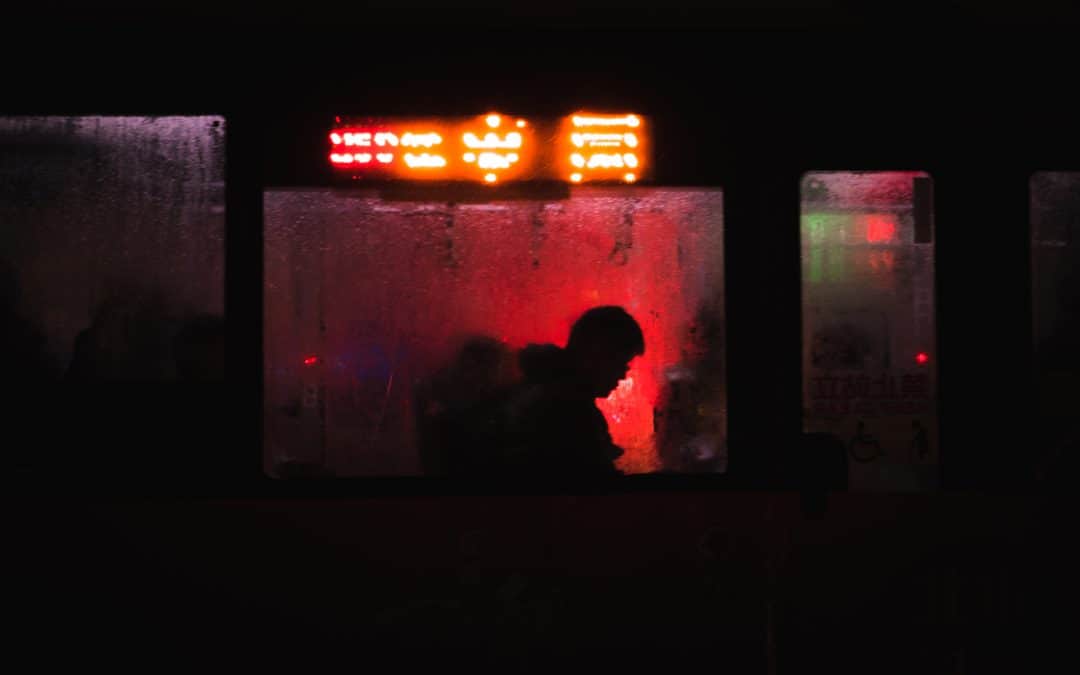 I’ve been to Taipei 3 times now, and the last time I was there was end of 2019. Each time, I learned a lot about photography and I want to share some of those experiences here, as well as maybe give you some tips about street photography in Taipei.

Taipei is one of my absolute favorite cities in all of Asia, and the world. The locals are some of the nicest people I’ve ever encountered and Taiwan is a really safe country where everything just works. If I had to choose one word to describe the country, it would be “comfy”.

But despite this, it’s not the most photogenic country when it comes to street photography. In theory it SEEMS like it could allow similar vibes to Japan for example, but in practice I always found it much more challenging to take good pictures in Taiwan. I had a few successes from time to time, but it was MUCH harder than what I was used to.

But Taipei is still a vibrant city with so many interesting sights and lots of rain, so if dark rain photography is something you like, it’s the perfect place to go and practice your skills. 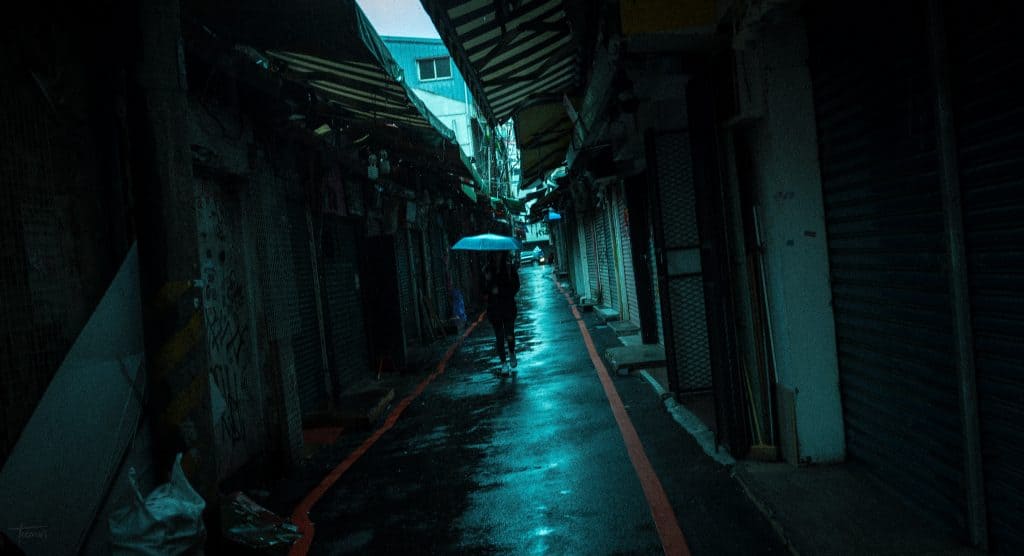 For a while I couldn’t entirely understand just WHY it was more challenging to take photos in Taiwan compared to Japan for example. But after thinking about it, I think I’ve figured it out. 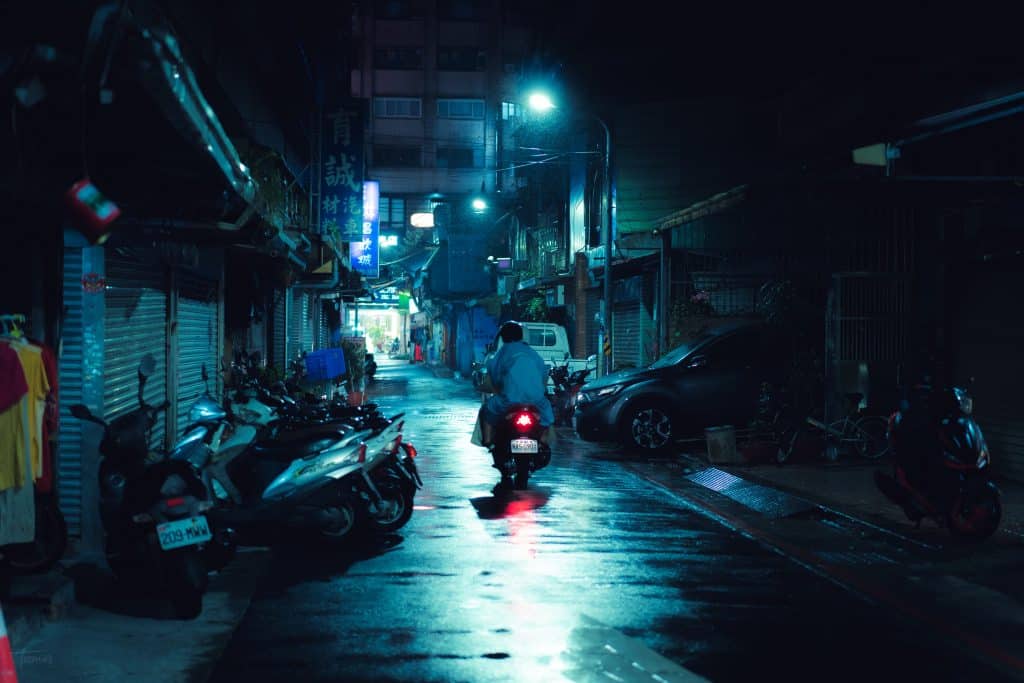 For one, there are too many scooters, which make every photo on the street seem more cluttered. And the second reason is the way the streets are structured, every street in Taipei is much more planned and has a seperate “walking tunnel” section right next to the highway. And when you do find a narrower alley, there are so many scooters on the way that it’s difficult to compose photos. 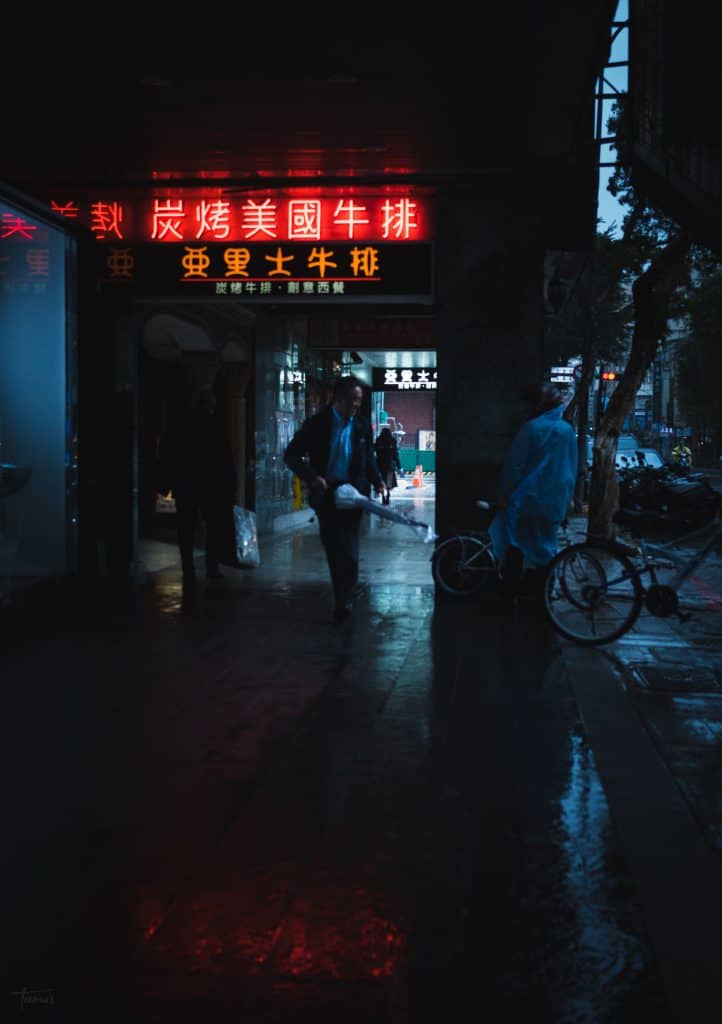 How I learned to overcome this

When I first realized this, I started thinking about how I could compose my photos more tightly without having scooters ruining all of my compositions. The obvious choice was to go closer to the subjects.

There’s two ways to achieve this, either physically go closer, or buy a longer lens. Then focus on shooting people more directly. I tried both methods, shooting with a 70-200mm from the distance and 35mm up close to people. 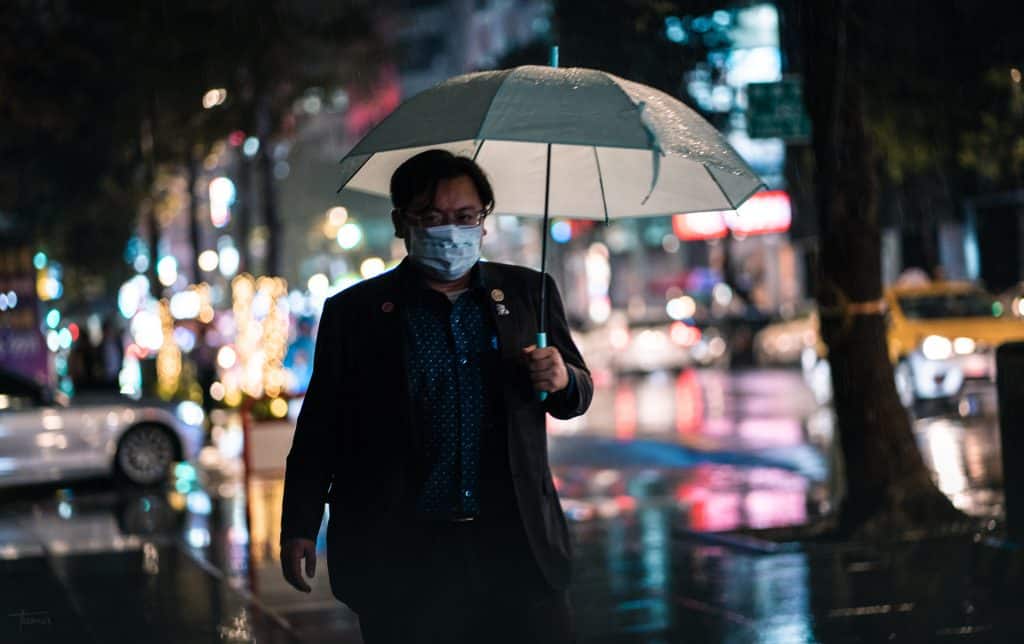 This is just a random shot, nothing special – it’s the kind of photo that I took a hundred times, still not happy with my results.

I think in a lot of places, shooting with a 70-200 would attract a lot of attention and it would potentially creep out your subjects, but I think it helps that in Taiwan I look like an obvious tourist so I get away with more. Still, it is not the most discreet lens, so sometimes I found myself missing an 85mm, which I ended up buying on the trip. In theory 70-200 is the better lens because of the versality, which makes a difference when zoomed in so tightly, but the 85mm is definitely more discreet and easier to use.

Then I also tried doing street photography the normal, veteran way, just going up close to people with a 35mm. If you’re not used to it, it feels weird at first, but it gets easier over time. I have a video about this you can check out on my Youtube channel below:

Again, in Taiwan, the fact that I’m an obvious tourist helps me get away with more. 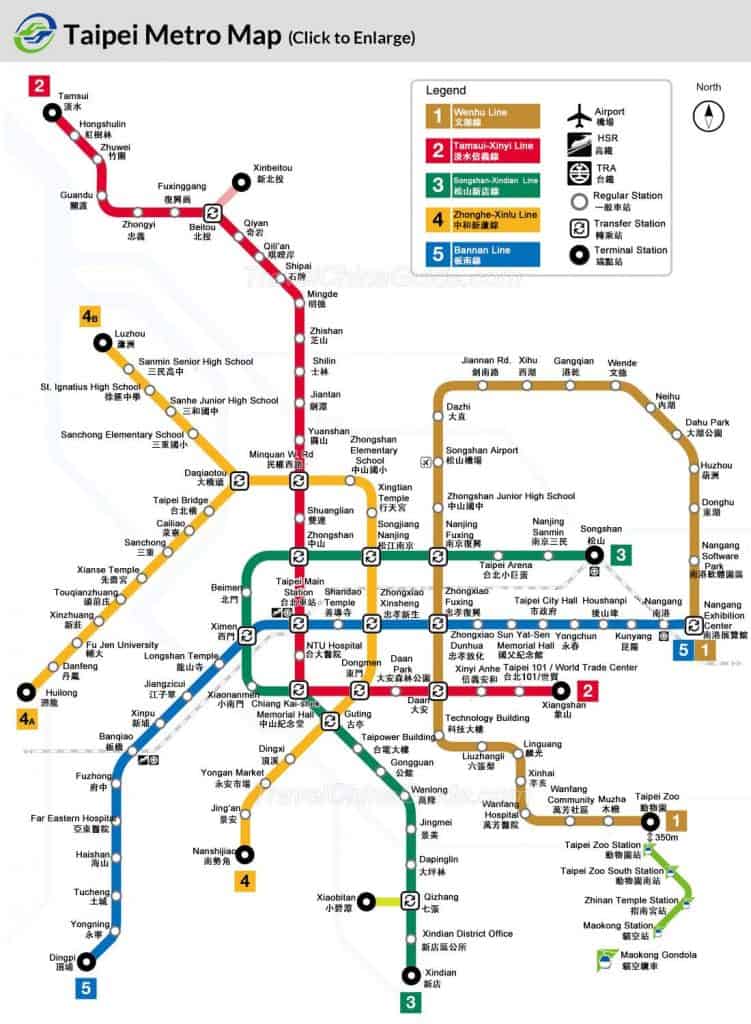 Anywhere in the middle is fine!

Sometimes I get asked about the best “spots” in Taipei, but in truth due to what I covered in the previous paragraph, there really aren’t any particular areas that are clearly better than others. All of the streets in general are structured the same way, and the scooters are present everywhere. So what I liked to do was simply to pick a metro station near one of the night markets, and then literally just walk around until I got something I was happy with.

Generally in the central Taipei area I most often walked along the following metro stations:

Ximen, Shinlin, Zhongiao Fuxing, and the main station area. But I would walk everywhere for hours on end. If you want more ideas, just google “Best night markets Taipei” to find the more lively areas and then just walk around those.

I also took a daytrip to Jiufen, which was a great although crowded spot. Unfortunately I didn’t do as much traveling around Taiwan as I should have, but my last trip there I just wanted to take it easy and relax in Taipei, as I was kind of exhausted from my previous travels. For those of you who don’t know, I’m a digital nomad, so especially pre-covid I was literally always traveling – so a few times per year you just gotta slow down the pace a bit and stick to one city – otherwise you’ll go crazy. But had I known covid would ravage the world just a few months after, I definitely would have traveled more. I still remember sitting in my hotel room when I first read about “some pneumonia outbreaks in Wuhan” during early or mid December. But I brushed it off thinking nothing of it at the time. 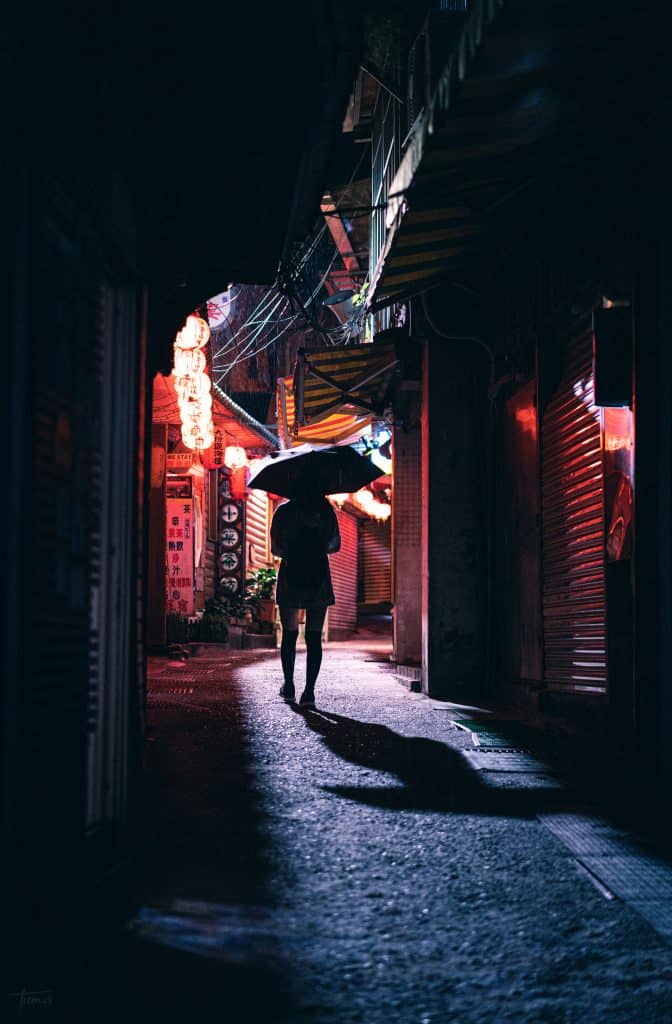 What I learned about my style

As I was shooting people more people directly, showing their faces and emotions, it dawned on me that I still didn’t really like these photos. Even if I’d eliminated those damn scooters from the shots and the compositions were fine.

I went back to the drawing board and really tried to figure out what’s missing by looking at both my old favorite photos that I’d taken myself, and other people’s photos that I really liked.  That’s when I realized shooting people directly didn’t really compliment my style in most situations, because the thing I love most about photography personally is the FEELING of photos, not necessarily the story or showing people directly. So in a way, I don’t consider myself a pure street photographer in the classical sense.

After this, I started to focus on the mood in my photos again, shooting people behind surfaces and under umbrellas, basically taking a page out of Saul Leiter’s book. Saul Leiter was a photographer in the 50s and 60s in New York who believed that instead of showing people directly, it was much more interesting to abstract details and create mystery, letting the person viewing the photo draw their own conclusions.

I agree completely, and this is exactly what I started doing. That’s when I finally started being happy with the photos that I took in Taipei. Here are some of my favorites from the latest trip: 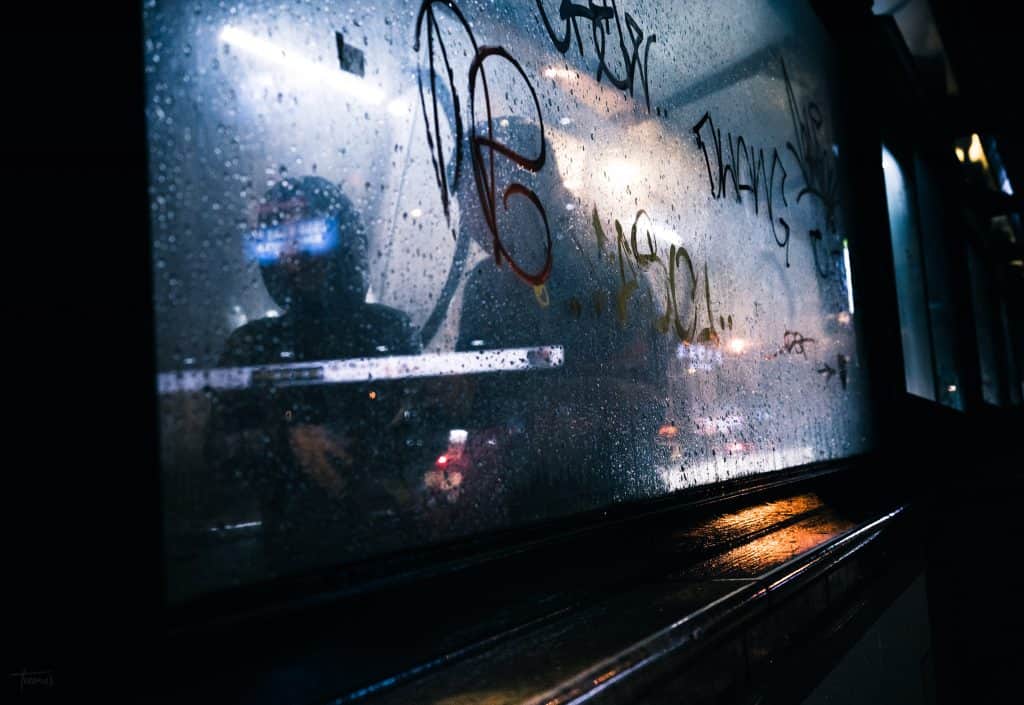 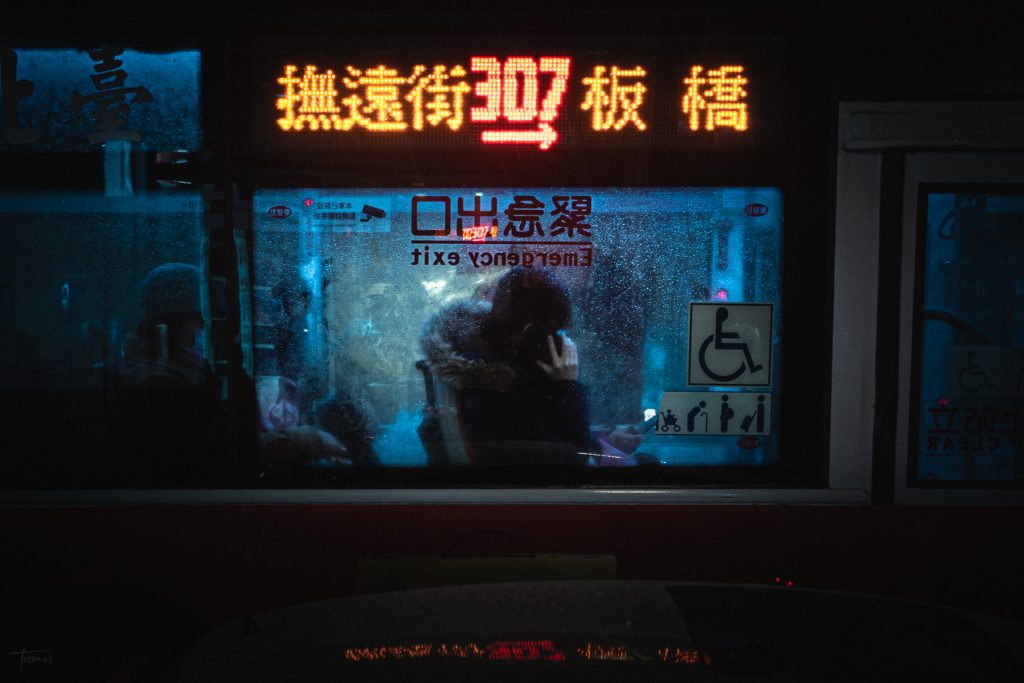 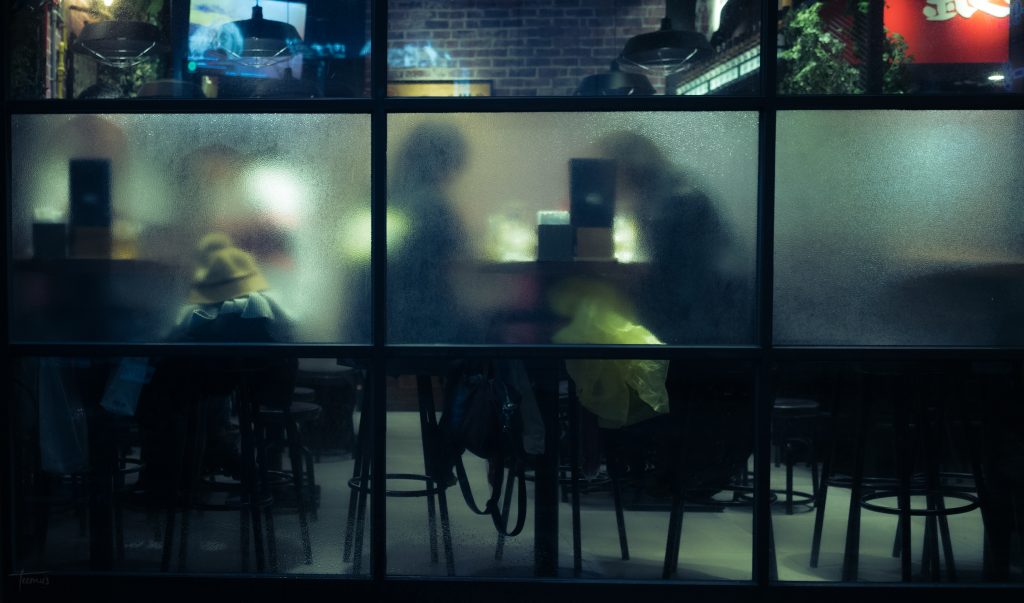 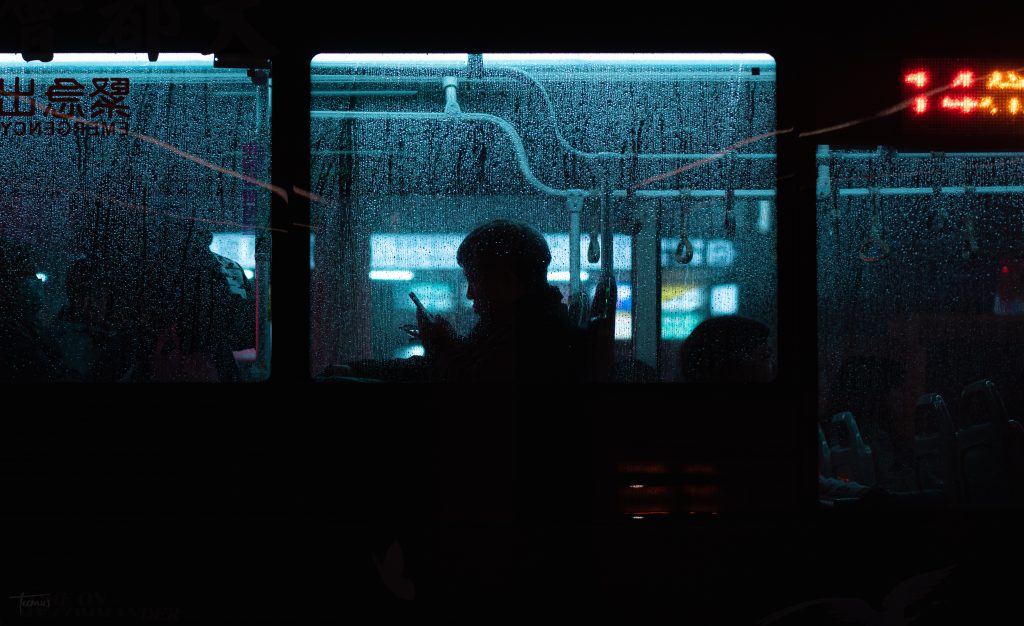 I think the point of this article is to not only review my photos from Taipei because I’m bored, but also to make the point that sometimes it’s GOOD to struggle in a less photogenic location and develop your craft. Because those skills will translate over when you finally do get to photograph your dream locations as well. I’m fortunate enough to be able to constantly travel due to my location independent work, but there’s a reason many photographers say that it’s much better to spend your money on a plane ticket than it is to spend it on the latest new piece of gear. Even just traveling inside your own country but to a different type of location can teach you a lot. Because I believe photography is a craft that must be practiced, almost like a sport or any other skill. No amount of talent can rescue you if you don’t put in the work, but putting in the work is always going to make you better.