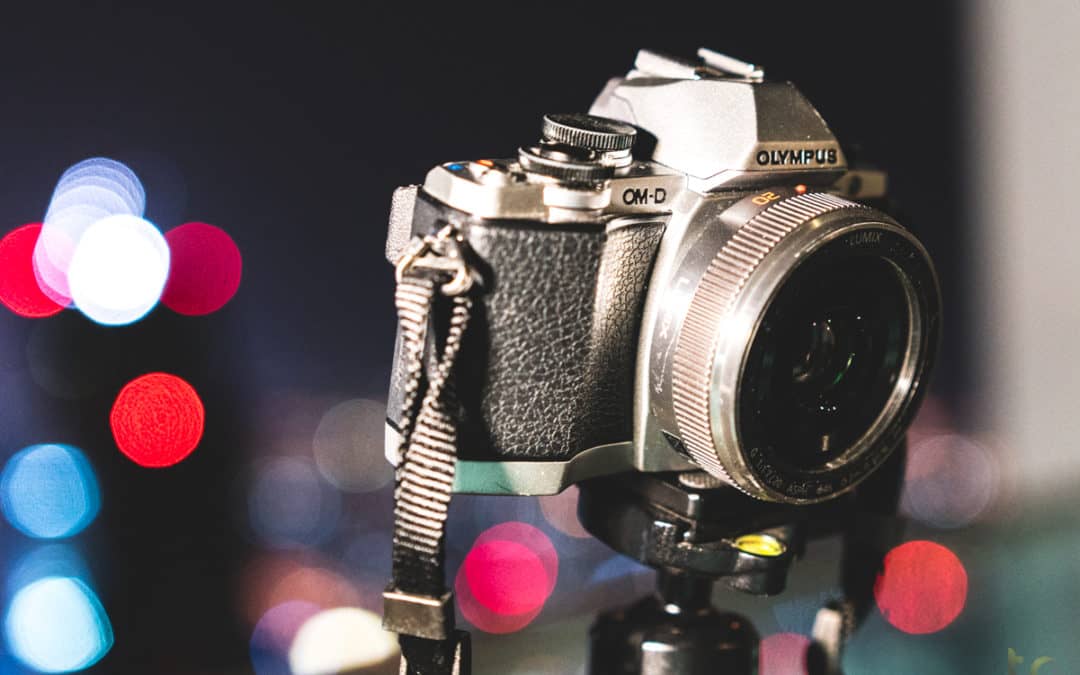 Disclaimer: This was my first camera, it got me into photography, so I might be a bit biased for it 🙂 But I tried to keep the review as honest as possible!

The Olympus Om-D E-M10 Mark II is a micro four thirds camera system powered by a 16.1 megapixel Live MOS sensor capable of shooting 4608 x 3456 pixels sized 12-bit RAW and jpeg images. Introduced nearly two years after the launch of the original Om-D E-M10 the new camera has been upgraded and updated, though the same 16 megapixel sensor remain as the core of the camera. The camera is a very inexpensive offer with a powerful list of features which are borrowed from the Om-E5 and the EM-1. Let’s take a closer look at the features of the camera.

Why I am I excited about a Micro four thirds systems 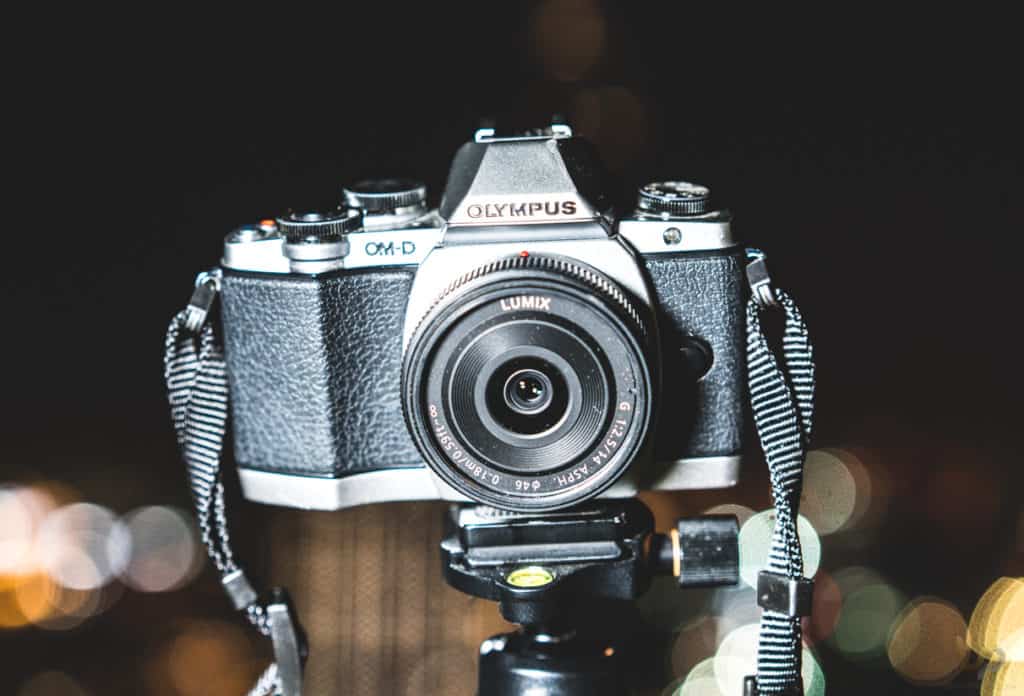 You get a great balance of portability and image quality. They are way smaller than full frame cameras, especially coupled with pancakes lenses like as shown above, but the image quality is not that far off. The only downside is ISO performance, otherwise this would be my top choice 100% of the time.

An interesting feature of the OM-D EM-10 Mark II is the face detection feature. Especially the capability to detect an eye. The sensor is capable of detecting an eye even when the face is turned slightly away from the camera.

The OM-D EM-10 gets a bunch of buttons and dials that basically takes away the dependency over an electronic menu system. The positioning of the buttons and dials have changed quite a bit. The main shooting mode dial no longer rests on the left of the viewfinder. Instead all the three dials on the top of the camera find their way to the right of the top panel.

The left top panel is now dominated by a composite button that works as the camera switch on / switch off button as well as the button to pop the built-in flash. There is also a new Function 3 button. This is in addition to the F1 and F2 buttons in the original camera.

On the right of the top panel there are three dials. One is the regular shooting mode dial. The other two are the adjustment dial and what is, essentially, a sort of multi selector dial. The mode dial allows you to choose between aperture priority, shutter priority, manual shooting option and so on.

The third button normally works as the exposure compensation button when you are in one of the priority modes. When you are shooting in manual mode this one and the one next assumes the roles of shutter and aperture control. 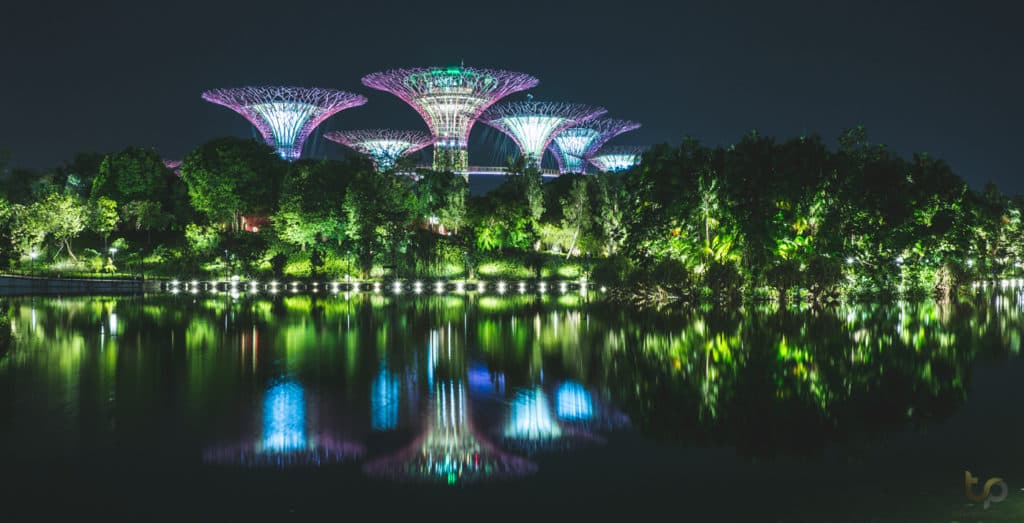 Here’s the most recent shot I took with this very camera.

Olympus uses the body based image stabilization technology. This image stabilization is rated to up to 4 stops. Which evidently means you can use up to four stops slower shutter speed compared to what you would normally shoot with and yet there would be no image blur.

The 5-axis image stabilization works both at the time of shooting stills and videos. Thus, it gives you better control over hand-held footages. Or in other words the leeway to shoot in any kind of lighting without having to drag the shutter speed and induce camera shake.

The original OM-D EM-10 was popular because despite the small size of the system the camera still had a small viewfinder (albeit electronic) and a large enough LCD screen for making videos and stills. However, where the original OM-D EM-10 had a 1.44 million-dots resolution on the electronic viewfinder the one on the Mark II has been upgraded to 2.36 million dots. Another thing that has been noticeably improved is the lag time between what the sensor saw and what the viewfinder saw. These speed up the response time and ease in the overall convenience of composition, especially in fast moving situations.

Optical viewfinders are in terms of ease of use way behind when compared to electronic viewfinders. When you make changes in the shooting settings, an optical viewfinder will not show you the immediate impacts of those changes.

However, with an electronic viewfinder the advantage you have is that those changes immediately affect the view that you get so that you can see for yourself what you are going to get even before you press the shutter button all the way. This saves you from having to make multiple images just to get the exposure correct.

You have the option to mimic the characteristics of an optical viewfinder, if you want to, and turn off this feature. The viewfinder will no longer apply the changes in exposure settings.

The 3″ LCD screen tilts and it is possible to shoot over the head of crowds without ever needing to keep your eyes on the viewfinder. It wouldn’t flip or do any of those things that a vari-angle screen would do. However, for practical purposes, the screen is quite good. The touch functions are quite responsive and works in practical situations.

The OM-D EM-10 comes with built-in Wi-Fi. Built-in Wi-Fi allows you to transfer your images over an available network to your computer or external device.

The OM-D EM-10 has a continuous shooting speed of 8.5 frames per second. But when shooting continuous frames you won’t get continuous auto focusing. This means after the initial one or two frames there is no telling whether the rest of the frames are going to be in focus where you intend to. Continuous auto focusing would have helped you to keep a fast moving subjects in focus and therefore increase your chances of getting a larger number of sharper frames to choose from.

The OM-D EM-10 is capable of shooting full HD video shots at a frame rate of 60 fps. Nothing special, but does the trick just fine. Once again, IBIS helps a lot here.

With both the original OM-D EM-10 and the new Mark II sharing the same sensor and image processing engine the image qualities produced are the same. Built-in mic records linear PCM sound quality. 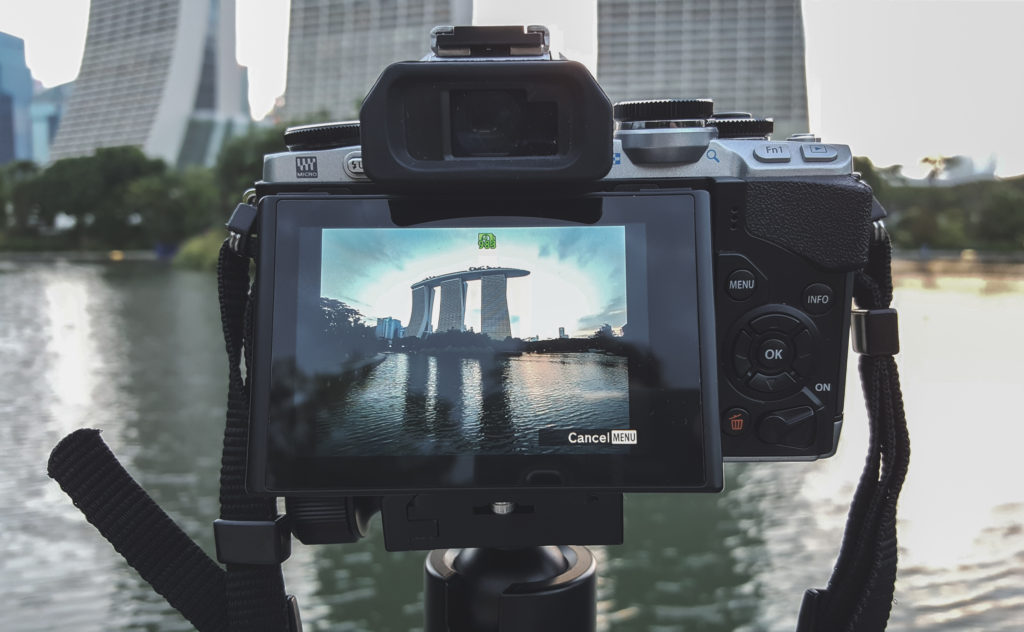 The critical difference between the time-lapse feature on the original OM-D EM-10 and the one on the Mark II is that you now have the ability to create 4K time-lapses in-camera. Having shot the time-lapse, however, you can only play it back in 5 fps on the rear LCD screen. That’s a bit of a shame.

Body design wise the camera is very similar to the OM-D EM-5 Mark II, another of Olympus’ budget mirrorless systems. The buttons and dials are similarly laid out. Even when we compare this camera to the older mark I, almost 90% of the layout has been retained. The notable change being the main shooting mode dial and the power buttons are now in different positions.

If you are looking for a camera that can accompany with you everywhere, you would love the small size of the E-M10.

The build quality is very similar to that of the older original mark I camera. Interestingly, although both cameras have the same magnesium alloy build, none have weather resistance built into them.

One of the major complaints in the older OM-D EM-10 was that the dials at the top plate of the camera were a little too easy to move. That has been corrected.

The OM-D EM-10 Mark II is a nice camera. Without a doubt. It has nice still shooting features, built-in 4K time-lapse, decent video shooting and 12-bit RAW support. The buttons and dials have been rejigged and the camera does have a much higher resolution viewfinder. But overall the changes are subtle. Olympus hasn’t made any drastic changes over and above what we saw in the old camera. If this is your first camera by all means go for it. If you are upgrading from a point & shoot you will love the manual features and better auto-focusing.