The micro four-thirds system has always been a favorite among a certain section of photographers. Since the advent of the digital system this segment has come a long way in terms of the quality of glass that is now available, as well as their choices. Micro four-third systems have been popular because of their compact size and the fact that they are a very lightweight system. Plus, the silent electronic shutter in most new MFT systems have made them a popular choice among street photographers, among birding and wild life enthusiasts and among photographers covering events like weddings and engagements. 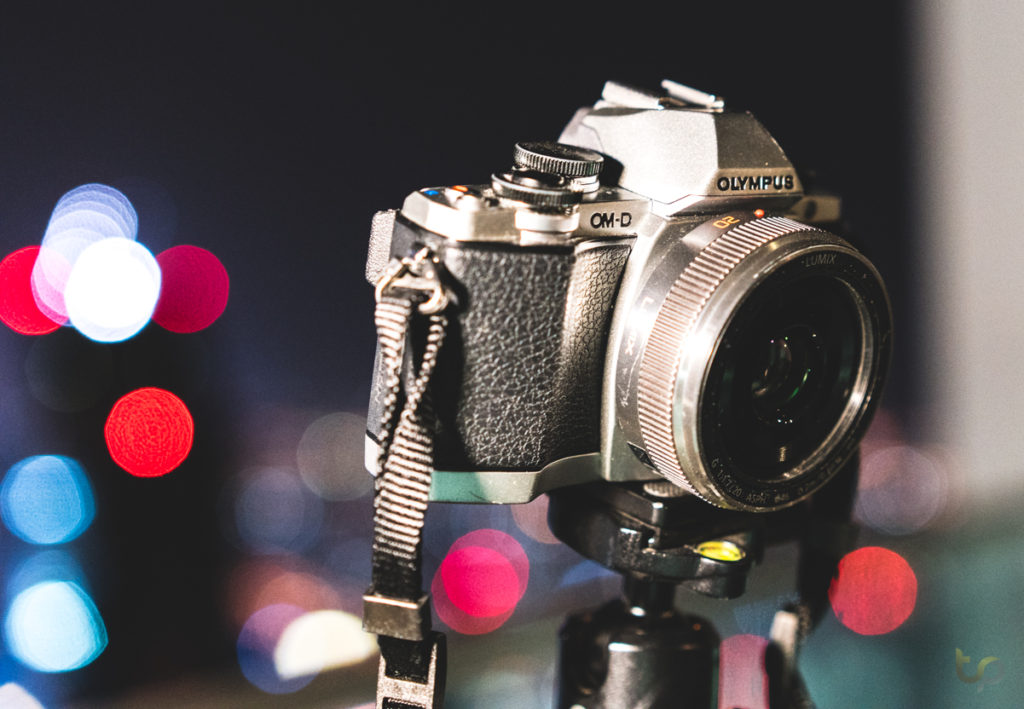 This micro four-third system lens has a focal length of 20mm. Since MFT system cameras have a crop factor of 2x, this lens gives a 35mm format effective focal length of 40mm when mounted on a MFT camera. This is a fixed focal length (prime) lens. Thus, you won’t have the luxury to zoom in and out standing at a place. The maximum aperture of the lens is f/1.7 extending all the way to f/16. Together with the wide open aperture, the rounded 7-blade aperture diaphragm ensures that the lens produces a nice bokeh. Another advantage of that wide open aperture is that the lens is able to produce great results even in very low light conditions. The construction of the lens consists of two aspherical elements. These take care of spherical aberrations and those sort of issues in your photos. Apart from these there are some multi-coated elements as well. Multi coating ensures that ghosting and flares are suppressed and the lens is able to produce high contrast results even when the sun is in the frame. The lens’ auto-focusing motor is decent. Manual focusing override is provided which allows you to turn the focusing ring anytime to fine tune focusing. Comes in handy when auto-focusing is unable to lock focus properly. Get in on Amazon for only about $250! 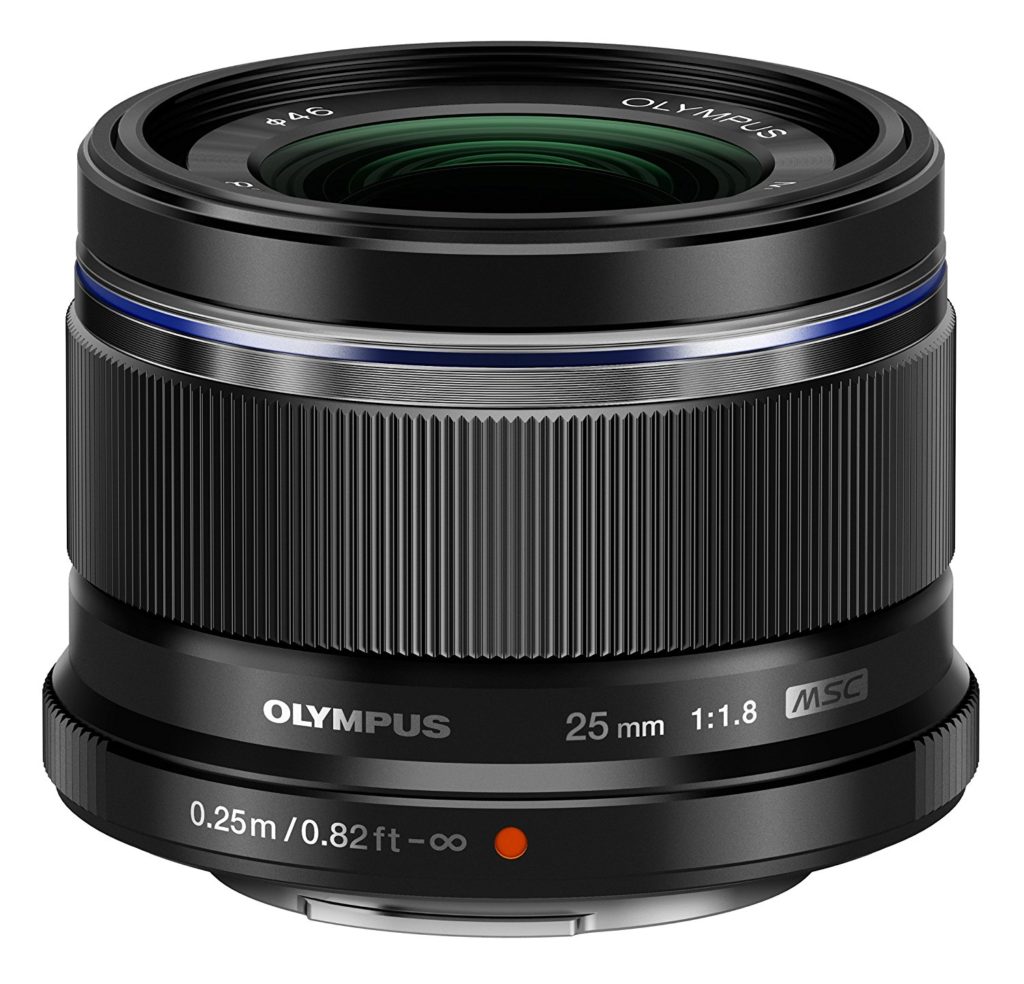 This Olympus M.Zuiko is a fixed focal length lens with a focal length reach of 25mm. That is the equivalent of a 50mm prime mounted on a 35mm camera system. The maximum aperture of the lens is f/1.8 and the minimum it can stop down to is f/22. Add to that the presence of an aperture diaphragm formed by 7 rounded blades and you can produce some decent bokeh with this lens. By the way, bokeh denotes the quality of the soft of out of focus effect in your images which happens due to the large aperture that you use. As a matter of fact the large f/1.8 aperture creates some very interesting shallow depth of field results. The lens construction includes a total of two aspherical elements. That takes care of spherical aberrations. The auto-focusing motor on the lens is compatible with both movie and stills (MSC auto-focusing system). Size factor is slightly on the larger side. The Olympus M.Zuiko is significantly bigger than the Panasonic Lumix G 20mm that we just discussed. It barely fits the definition of a pancake lens. But to be fair with the Olympus, this one has less vignetting than the Panasonic and that means less work to do when post-processing your images. 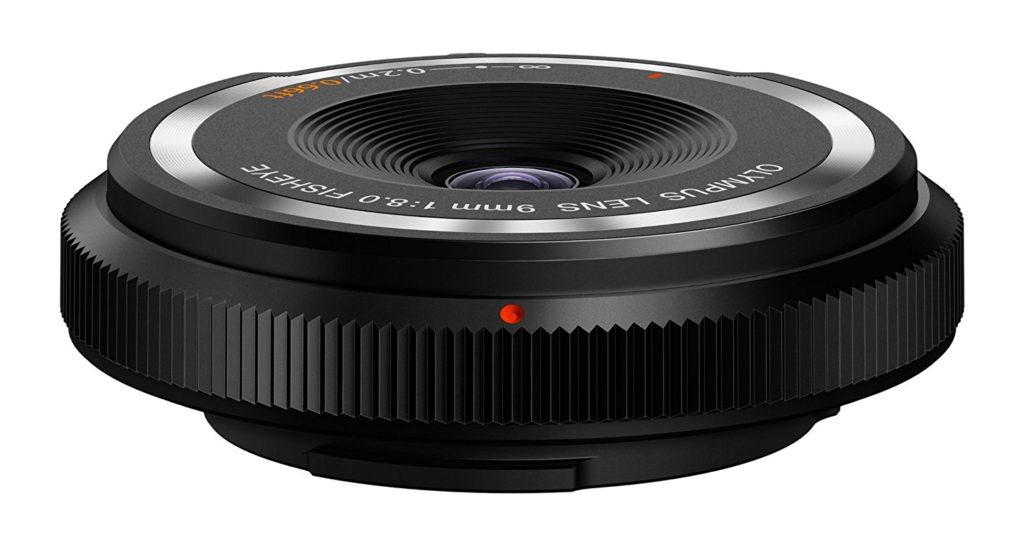 If you see this lens mounted on a mirrorless micro four-third system, you would be fooled to think it is a lens cap. You would be pardoned for thinking that. This lens is really thin. It could be the world’s thinnest lens at only 0.5″ thick (or thin). An indication of the lens’ weight and this would drive home the fact. It weighs only 22 grams! And yet the lens does have two aspherical elements in its construction. The angle of view of the lens is a phenomenal 140 ˚. The lens has a fixed aperture of f/8. So you cannot change the depth of field. Neither can you auto-focus, as there is no auto-focusing motor on this lens. There is a slender lever that acts as the focusing thing and allows you to shift focus. You can set the camera to focus at infinity, or the closest focus and somewhere in between. The lens, however, is not designed to work with that ‘somewhere between’ focusing spot. Performance wise this is not a lens that would give you stunning imagery in all situations. There are some noticeable vignetting and barrel distortion. As you can imagine with such an ultra-wide angle focal length this is unavoidable. 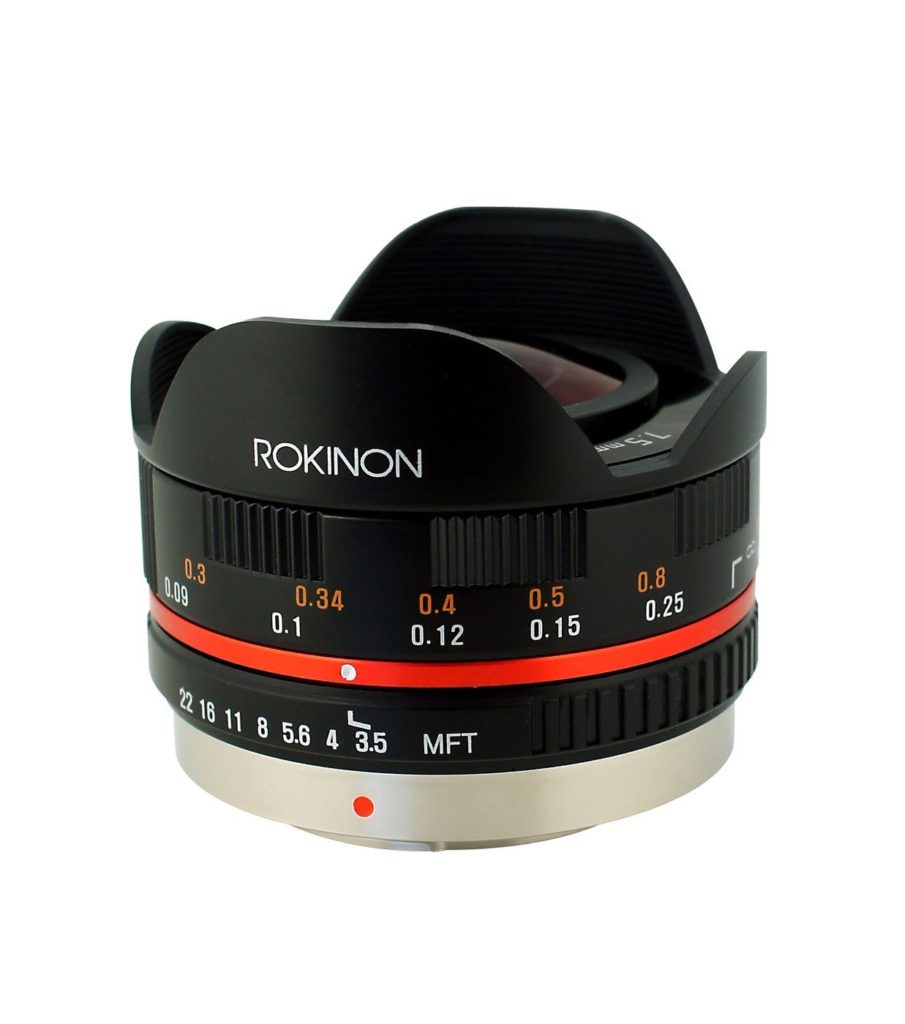 This is a fish-eye pancake lens designed for the micro four-third system. The lens is also compatible with the four thirds system. The built-in petal hood is what adds a bit of a bulk to the lens. The ultra-wide angle focal length of 7.5mm becomes 15mm when MFT lens format is compared to 35mm format. This is a true fish-eye lens, in the sense that the angle of view of this lens is 180˚. The lens construction consists of 9 elements arranged in 7 groups. Aspherical elements ensure that the chromatic aberrations are minimized and the presence of multi-layer coating suppresses flares and ghosting in your photos, especially when the sun is in the frame. There are 6 aperture blades that form the aperture diaphragm. The widest aperture of the lens is f/3.5 and that is acceptably large. The minimum the lens can close down to is f/22. Minimum focusing distance of the lens is 4″. This lens won’t auto-focus, as there is no auto-focusing mechanism. You will need to manually adjust focus.

The Meyer-Optik Gorlitz Primoplan 58mm is based on a very old design. This design dates back to almost 80 years. A 58mm lens is not exactly a common focal length. And when you factor in the 2x crop factor of micro four-third system, the focal length becomes the equivalent of a 116mm focal length lens comparable to the 35mm format. The focal length is suitable for shooting portraits and stuff. The maximum aperture is a fast f/1.9, which promises that the lens can open up to receive a lot of light. Come in handy when shooting in low light situations as well as when you need to isolate a subject from its background. Speaking of subject isolation the aperture diaphragm is formed out of 12 blades. This is a manual focusing lens. There is no auto focusing motor on the lens. The construction of the lens is a simple 5 elements 4 groups. Schott glass is provided to ensure that the lens has a high degree of clarity. Additionally, an O’Hara anti Reflex coating has been used that ensures that any surface reflections are suppressed resulting in higher contrast and better color saturation. The lens barrel itself is housed inside an anodized aluminum housing.