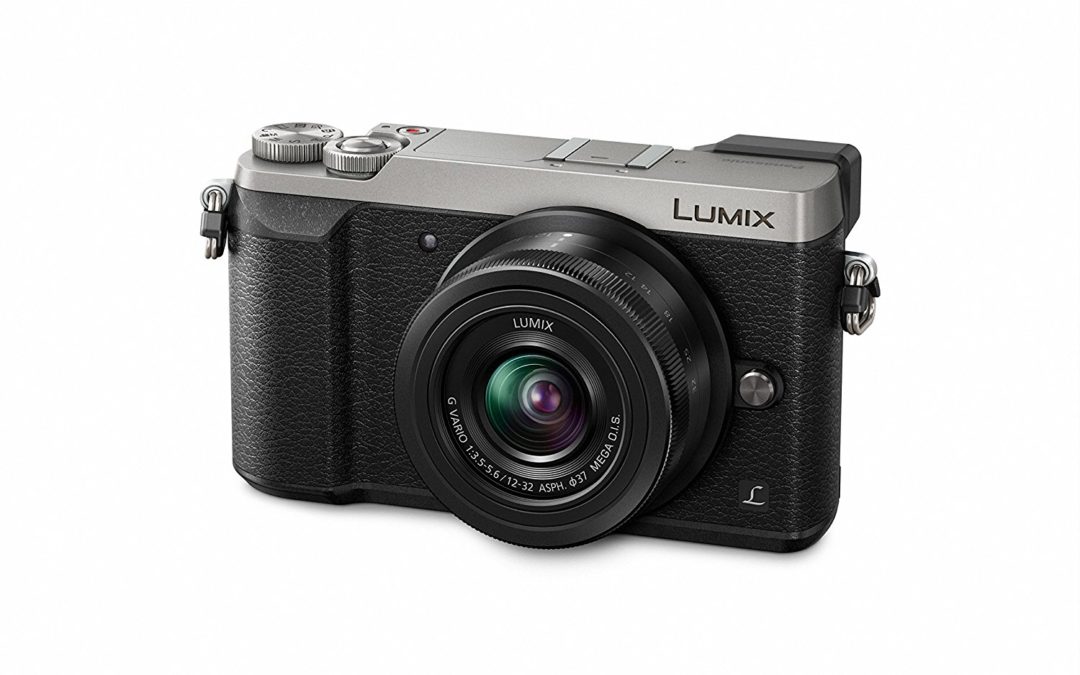 The Panasonic Lumix DMC-GX85 is a micro four-thirds mirrorless camera with a simplistic yet sleek design. The Panasonic Lumix DMC-GX85 is known by a number of names. In the US it was released as the GX85 whereas in Japan it was released as the GX7 Mark II (not to be confused with the Canon G7X). The camera is sometimes also referred to as the GX80. But for the sake clarity and uniformity we shall be referring it as the GX85. It is rated as the successor to the Panasonic GX7 and fits right under the GX8 in terms of features. Let’s find out more about this camera and whether or not it is a good buy for you.

The GX85 features a 16 megapixels micro four-thirds sensor. Basically, it is the same sensor on the GX7 without the anti-aliasing filter. That means you are likely to get sharper images compared to the older camera. The Venus processing engine has been used to ensure that the sensor does not create moiré and false colors and those sort of things.

Micro four-thirds systems have a crop factor of 2x. 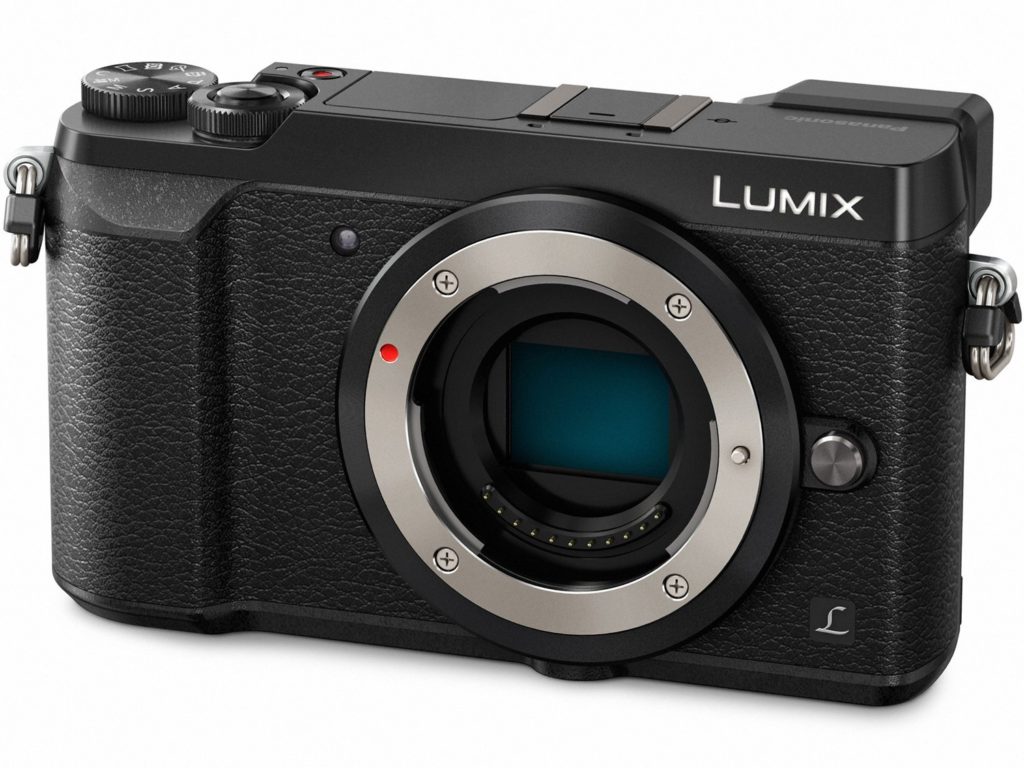 The GX85 probably has the best in the class and one of the best ever mirrorless auto-focusing mechanisms in the business. Even when shooting in less than perfect lighting conditions the GX85 locks focus fast and accurately. This technology is powered by Panasonic’s Depth from Defocus system. This system will, however, only work with lens systems that are Panasonic’s own.

This system works in tandem with the lens profiles. It knows how subjects both in the foreground and the background are rendered out of focus. It then decides whether the focusing element should be pushed in front or at the back in order to lock focus.

I wouldn’t compare it with the Canon dual-pixel auto-focusing mechanism because that is by far the best among all interchangeable lens cameras, especially when shooting in live-view mode but not necessarily in terms of speed. The GX85 on the other hand is snappy. I mean it is fast when working in favorable lighting.

The GX85 is a part of Panasonic’s mirrorless interchangeable lens segment cameras and so some amount of comparison between the other cameras is inevitable. When compared with something like the GX7, the GX85 looks very similar to this design than something like the GX8.

There are no dedicated exposure compensation dial / button on the GX85. That is a bit of a shame. I personally, use this button quite a lot and would have loved to see one on the GX85. We would not go too much into a comparison with the GX8 as the two cameras are widely different from each other.

A total of 9 customizable buttons on the GX85 makes it one of the most easy to customize systems in the world. 5 of these custom / function buttons are physical and the remaining 5 are to be accessed via the digital menu.

Plus, there is the Q menu. You can control how it behaves separately during filming and when shooting stills. 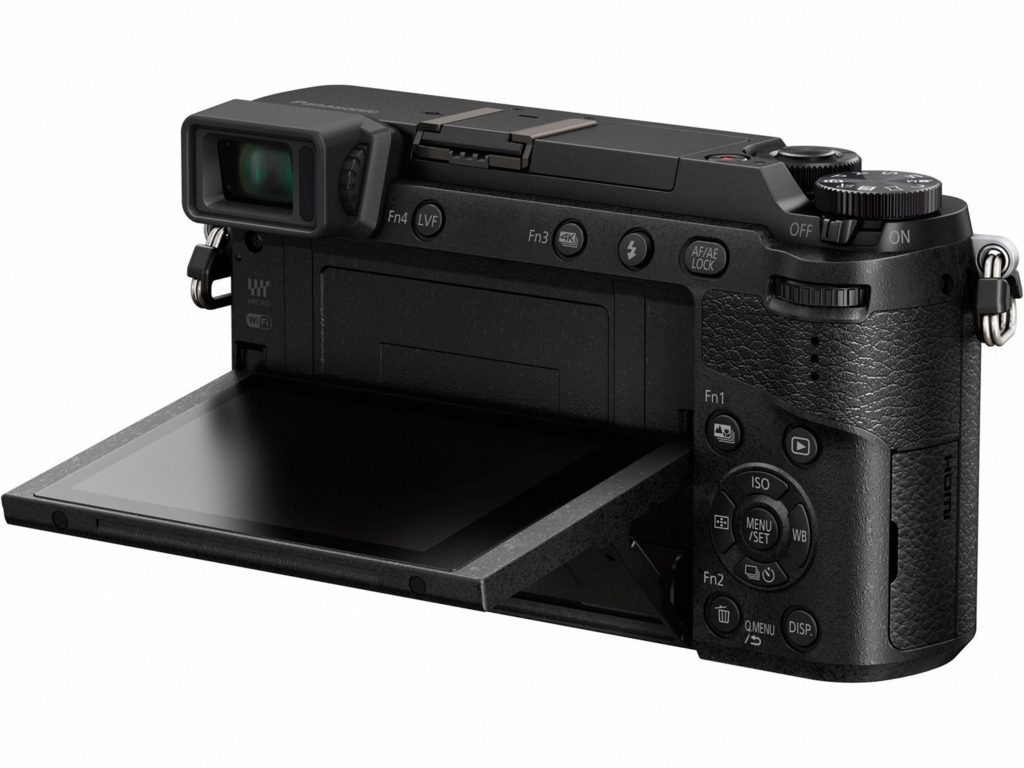 The back of the camera is dominated as usual by a 3″ 1.04m-dots tilting LCD touchscreen. I am not a big fan of tilting LCD screens. As they tend not to have the best ergonomics when it comes to operability. The flipping multi-angle screens are what I prefer as they can flip and rotate and turn in every conceivable angle. Most important they don’t come in the way of a tripod. The tilting screens on the other hand do come in the way of the tripod stands.

The monitor on the GX85 has an auto brightness adjustment feature that works even in under the harshest and brightest of sun. The result is you can see what you are shooting and review the details without any issues at all.

The viewfinder has an excellent display resolution of 2764,800 pixels. That is a lot of resolution for such a small 17.5mm display. But the small size of the electronic viewfinder is what spoils it. Then again, I am speaking subjectively and this might be good enough for others.

The GX85 has built-in Wi-Fi. That allows you to transfer images and videos to your computer wirelessly. Plus, you can also pair your camera with a compatible device and compose and shoot remotely.

The GX85 does come with a built-in flash. The flash is nicely recessed into the body and pops out on demand or when the camera thinks it is necessary to fire it. Guide Number of the flash is 13.78′ or 4.2 m at ISO 100. The maximum flash sync speed is 1/160 sec. The flash can be adjusted to fire at a compensation of -3EV to +3EV in 1/3 EV stops. For more powerful lights you can attach an external flash via the provided hot shoe mount. 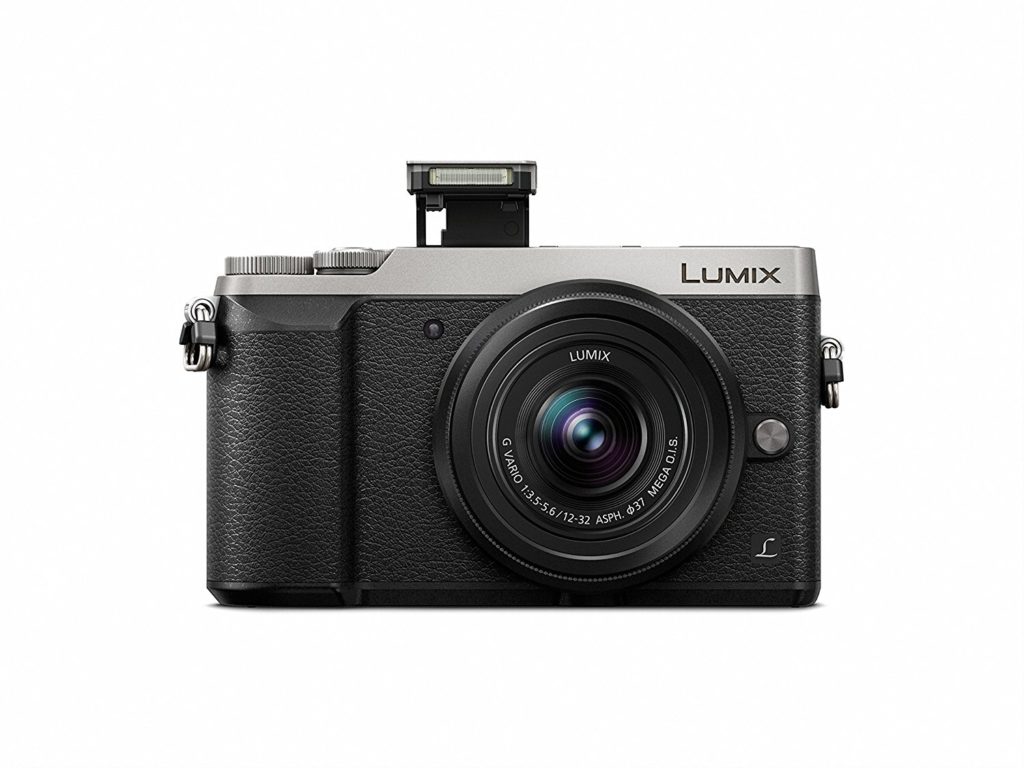 The 4K Photo mode is decent for capturing a number of shots which you can save after the fact. That’s a nice feature to have.

The GX85 does shoot decent quality UHD videos at a frame rate of 24 and 30 fps. There is a built-in microphone that records stereo sound. In reality, however, the sound quality, especially if you are looking for decent quality is disappointing. To make matters worse there is no option to plug in an external sound recorder. So if you need professional quality sound go for an external mic and sound recording system.

Also, the ability to shoot 4K means you can digitally crop or pan depending on what you need after the shoot is done. The fact that this can be done in camera gives you some extra flexibility.

The GX85 would score as a good amateur camera. It gets 3 stars because of the image stabilization and 4K options, but beyond that it has none of the professional features that would interest any serious videographers.

Let’s go straight into low light image quality because that is what we are concerned about in small sensor cameras. The GX85 produces great results in low light. Unlike the auto-focusing, which struggles when lighting gets really poor, the images shot does not reveal much noise.

Image detail is impressive. In fact if compared with the GX8 which is a slightly higher resolution camera (20 megapixel), the GX85 has comparable image detail. Thanks to the absence of the AA filter the difference in megapixels is marginalized.

CIPA states that the battery life of the GX85 is about 290 shots on full charge. In real world situations especially when using in burst mode, you are likely going to squeeze in a lot more shots than that.

Build quality of the GX85 is good. But what you are likely going to notice straight away is the weight of the camera. The weight of the camera is quite more than you would come to expect just by looking at it. Panasonic states that the camera weighs 426 grams with the memory card and batteries in place. For a smallish body, compact in dimension, it is on the heavier side.

I say this subjectively when I say that I like a heavier camera. I feel that kind of keeps things stable, even when I am not using a tripod. The GX85 certainly feels well-built and is capable of shooting blur-free images even at slow shutter speeds.

The camera looks and feels well-balanced, especially when using smaller prime lenses. When using longer telephoto lenses, however, the camera does feel a bit front heavy. So, there is a bit of an issue. You will need to use your left hand to counterbalance a heavier lens.

To be honest there has been some push towards making the GX85 appear as if it is a great video shooting camera. I don’t think that the GX85 is a great video shooting camera, i.e., if you are looking for professional quality video. However, I feel this is a great stills camera. It is nicely built, feels nice in the hands. It shoots great sharp images with a high degree of detail. But the video features leave a lot to be asked for. The tilting screen isn’t the best design for serious video work. There is no external mic input. But the only silver lining is the high quality image stabilization. So, if you need 4K video with great hand-held stabilization then the GX85 is a good bet. Get it on Amazon here!

You might also want to consider the Olympus em-10 for a similarly priced camera.