One of the first things you realize when you start shooting video is that a stabilizer can almost instantly make your footage look so much more professional. It just makes it really easy to add movement and make your footage stand out, so a gimbal is often the first piece of equipment a beginner videographer will buy. Sometimes, that leads to overuse of gimbal shots, but again there’s a reason for that – they work.

The DJI Osmo Pocket is such an underrated camera, although by this time I’ve said it so many times you’d think I was sponsored by DJI, but I’m definitely not. I think the reason it’s so underrated is because it got released at the same time as the GoPro 7, so it got compared to that camera by all the reviewers. But that’s wrong because they are totally different cameras – the Osmo Pocket is a pocketable gimbal with a cinematic focal lenght while the GoPro is just an action cam with an ultrawide lens, more suitable for action shots or vlogging – but you wouldn’t shoot a movie with a gopro. 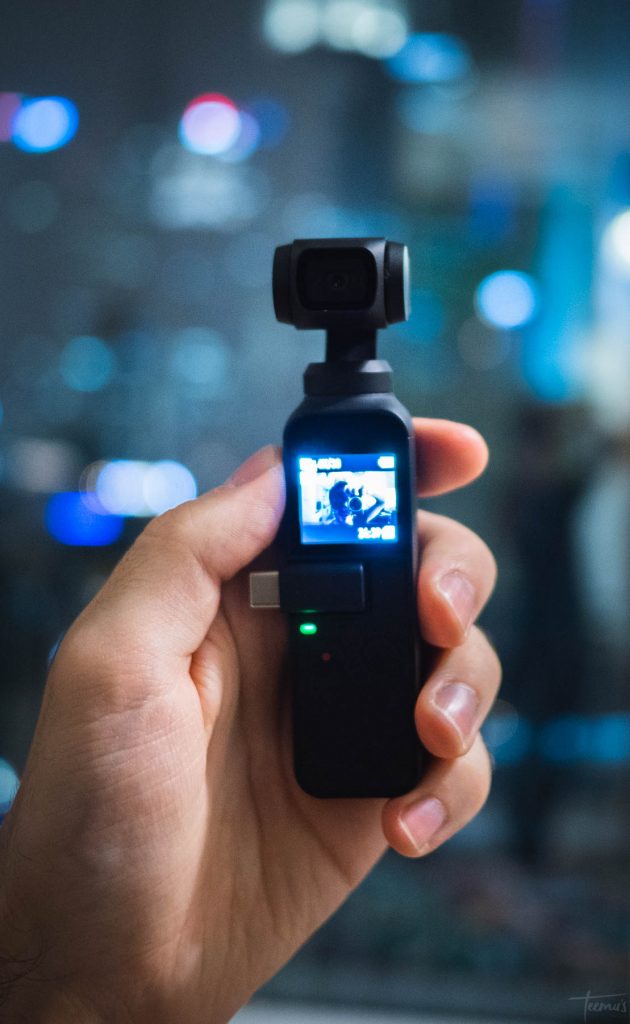 The Osmo Pocket therefore had a super narrow niche and was probably just marketed to the wrong people, so it went under the radar. The audio also kind of sucks and requires you to buy an external mic accessory if you want to use it for audio.

But now, with Instagram Reels, the Osmo Pocket suddenly has a very good use case. With IG reels, you don’t even need audio because you can just use any of the millions of songs in the IG music library (Hmm wonder where they got that idea for) (but serioursly fuck tiktok).

So why is the Osmo Pocket so great then? Quite simple, it’s a pocketable gimbal that shoots fairly impressive 4k video for it’s size, even in a Log profile. The biggest benefit is simply the fact that you can always have it in your camera bag, so even on those days you didn’t plan to shoot videos and didn’t bring your heavy video rig, you can still get stabilized high quality footage. It even works decently well during night time, as long as you use the manual settings and limit your ISO to minimum required.

Oh, and you can even shoot vertical video directly.

So yeah, I hope DJI finally gives me that sponsorhip deal but honestly I just really love this camera. All those backbreaking days of carrying around a gimbal all day “just in case” can now be avoided, ever since I bought this one. Now of course, a proper camera will still do a better job objectively, I’m just talking about the level of effort here, and then considering the fact that IG reels compress your footage to 1080p at max anyway, the difference in quality is absolutely neligible. That is, purely from the perspective of shooting footage directly for IG reels. Obviously for an actual movie set I’d bring an actual camera. But that wasn’t the point of this article anyway.