My favorite street photography lens for Sony A7, A7R ii, A7s and A9 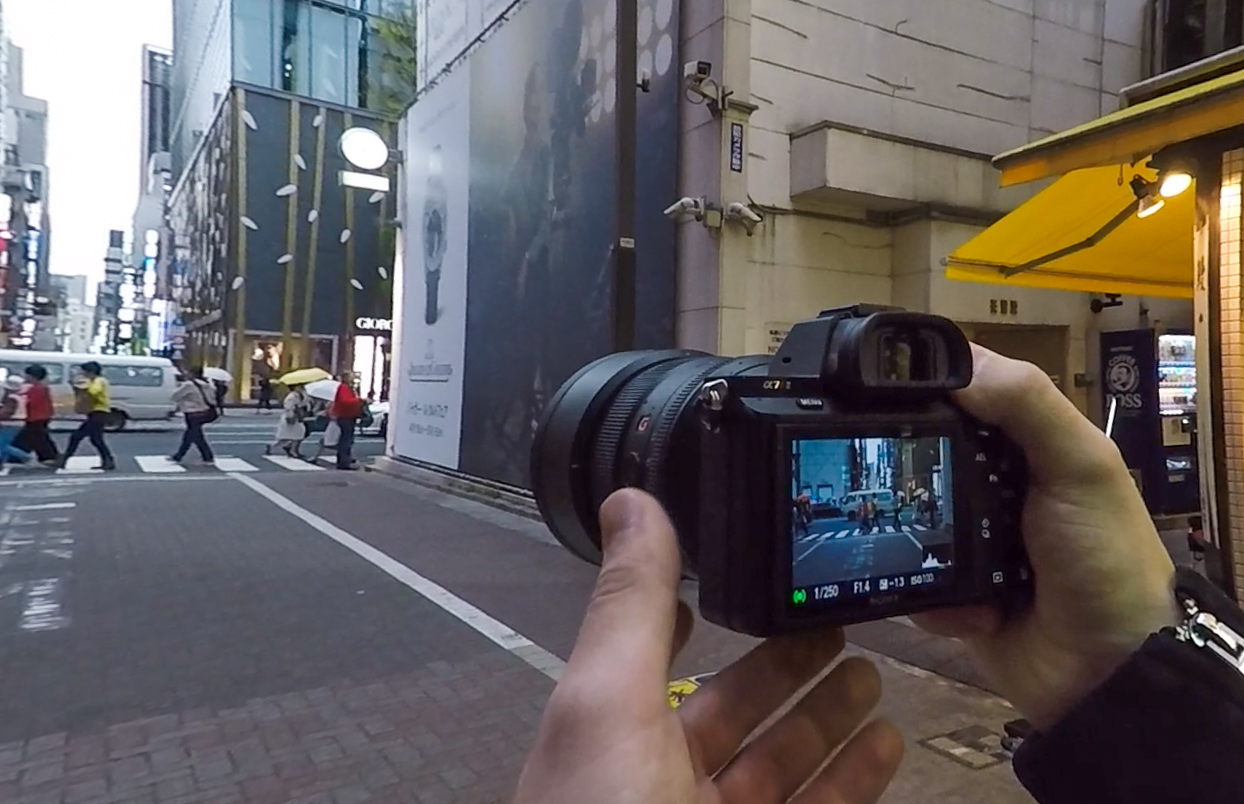 The more street shooting I’ve done, the more I’ve realized that I absolutely love the 85mm focal length on a full frame camera. Specifically, I’m talking about the Sony 85mm f1.4 GM lens for Sony’s full frame mirrorless cameras. But wait a minute, isn’t that typically a portrait lens?! Yes, it is. And here are 6 reasons I’ve come to love it for street shooting.

Just an update – this was what I thought in 2017 – I am now experimenting with another selection lenses. Read about my current gear here. 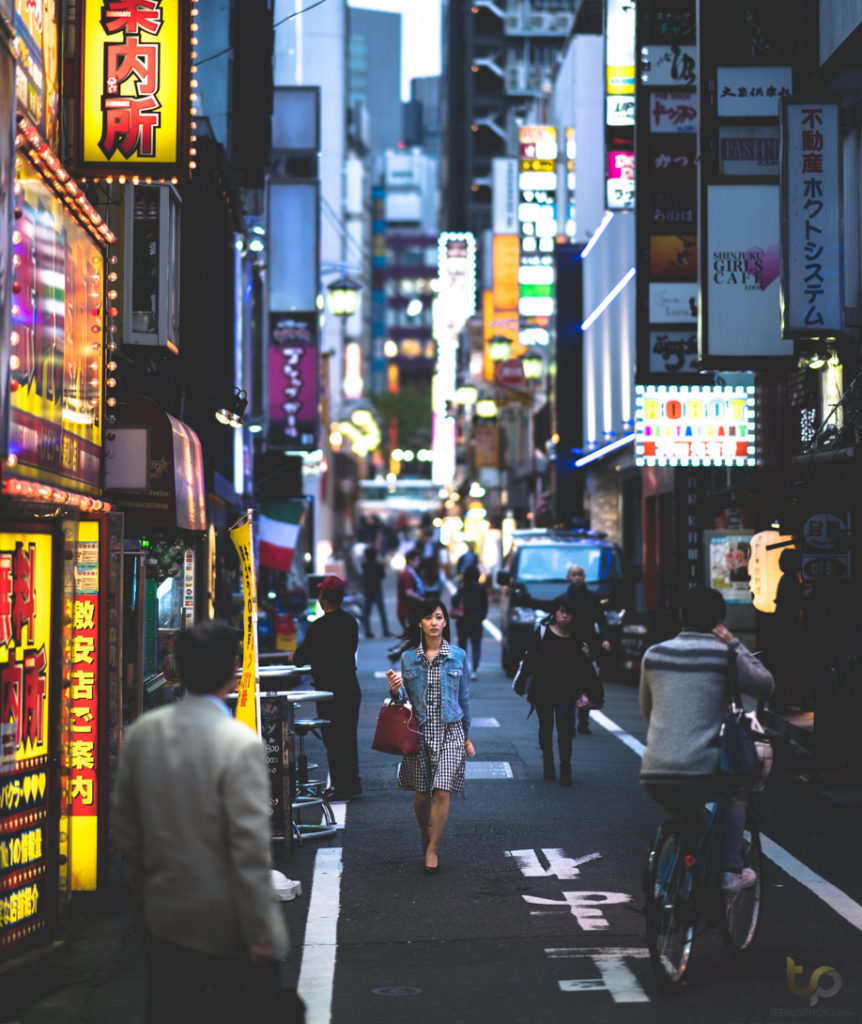 This being an almost $2000 f1.4 lens, it means two things; it has crazy thin depth of field that is sharp enough to be shot wide open all day long. And the fact that it is 85mm to top it off means that you can pick a subject pretty far away from yourself and still blur both the back- and the foreground. Or if focusing on something far away, the foreground disappears almost completely. And yes, the BOKEH is beautiful. The results often look like screencaptures from a movie. 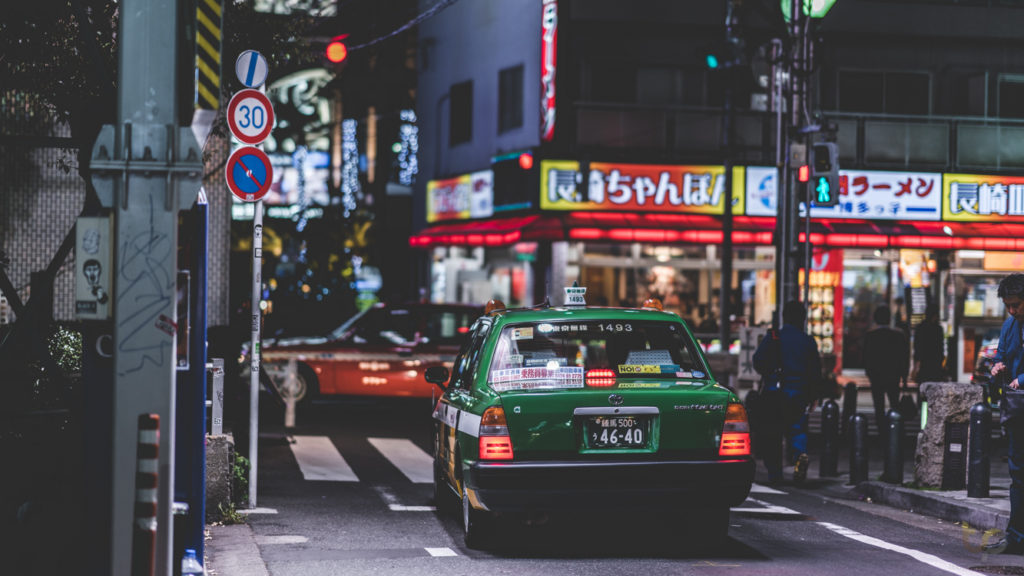 I often shoot at night (I like to sleep in), so the aperture of f1.4 is really helpful. It means that I don’t usually have to go beyond ISO 500 in the dark when shooting wide open. This lens on the Sony A7 cameras can almost be used for night vision! 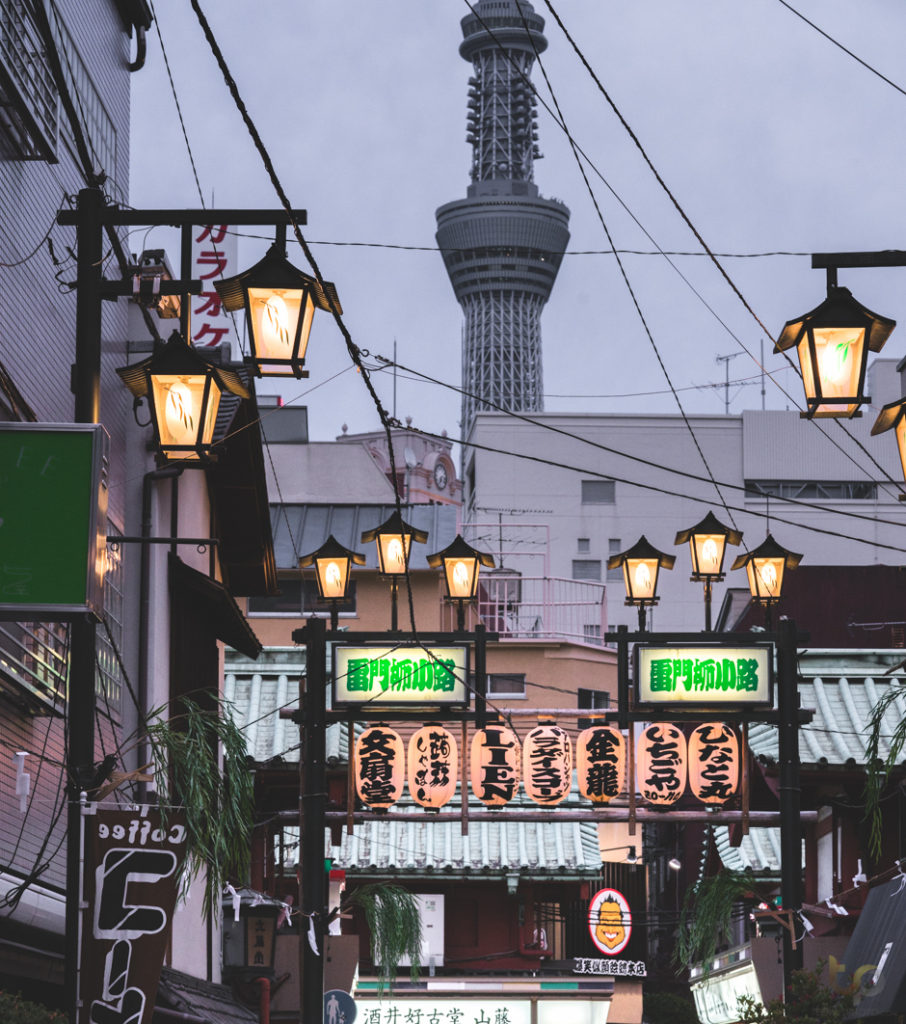 The 85mm is just enough of a telephoto lens that it gives you some subtle compression, making the background appear closer to the foreground than it really is. This can be used to exaggerate the setting, which I found fun in areas like Asakusa where the Tokyo Skytree was looming in the background of a very otherwise traditional Tokyo scene. 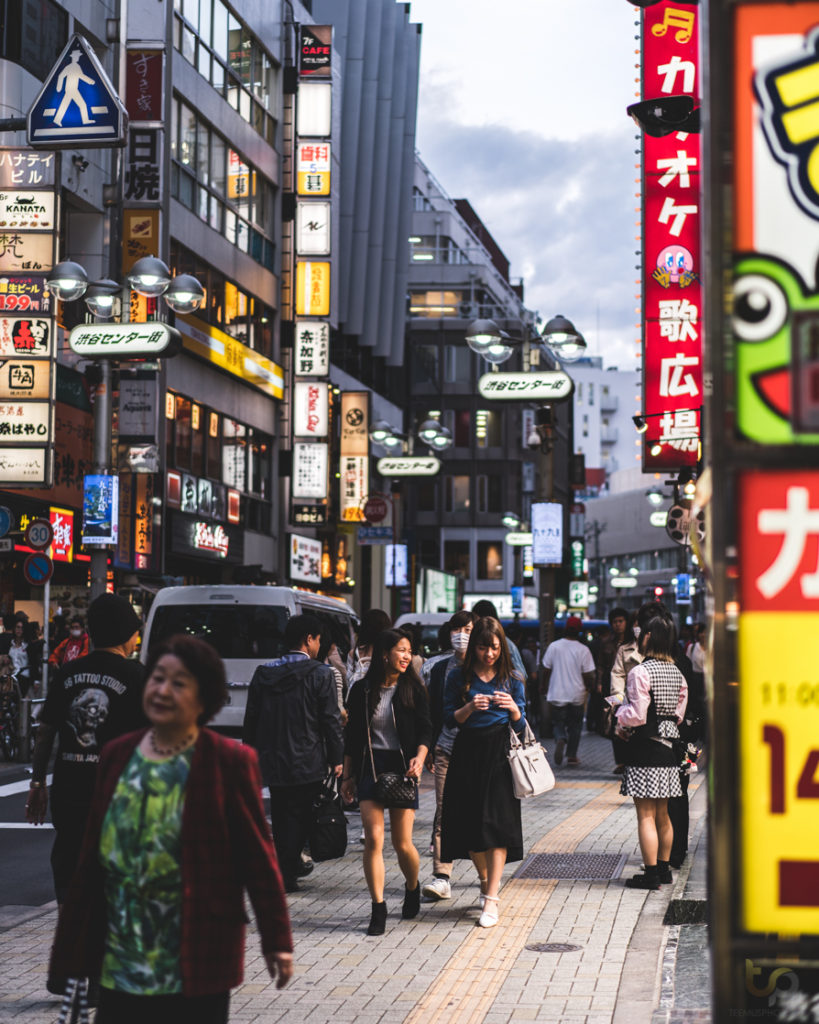 I was watching for reactions of people receiving a cafe voucher.

Some say that street photographers are only supposed to shoot at 35mm and interact with / annoy their subjects by getting right in their face, but I like to be more of a passive observer. The 85 is zoomed in enough that if I spot a subject far away that is about to walk into the frame, I can compose, wait for them to walk in the right spot, and take the shot, all with no one noticing. It often looks like I’m a tourist taking a photo of something completely different. And no, it’s not creepy unless you’re also wearing a trench-coat with no underpants.

It must be noted though that some settings are simply too tight for the 85mm, which is why I also carry the extremely light 35/2.8 lens every time I go out to shoot with the 85mm. 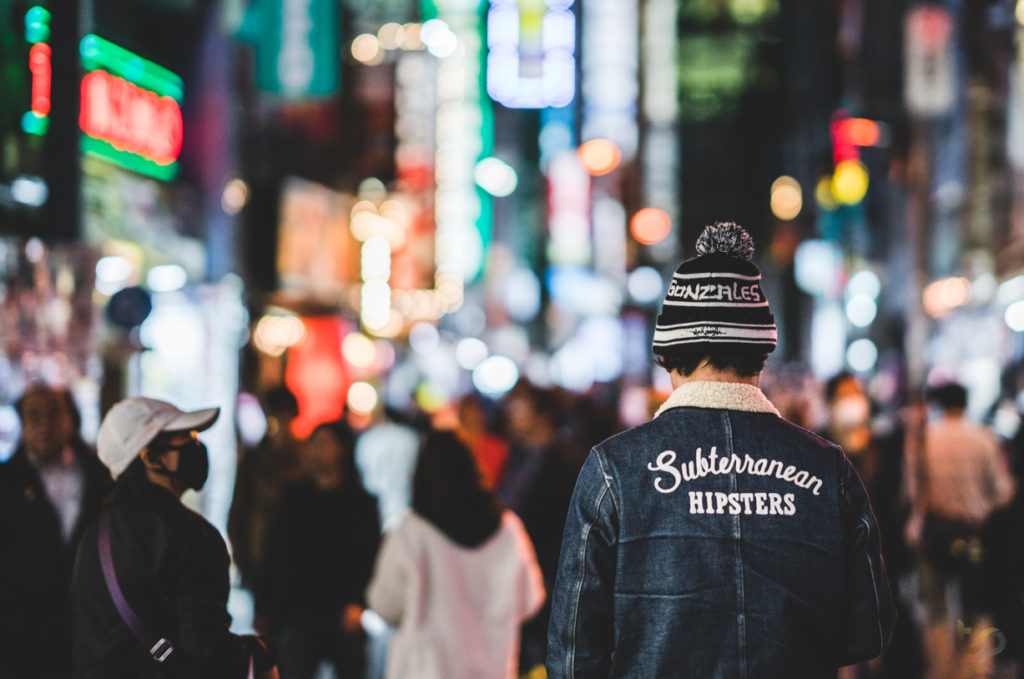 Quite simply, this is one of the sharpest lenses I’ve ever tried, even wide open. Stop it down and you might cut yourself. 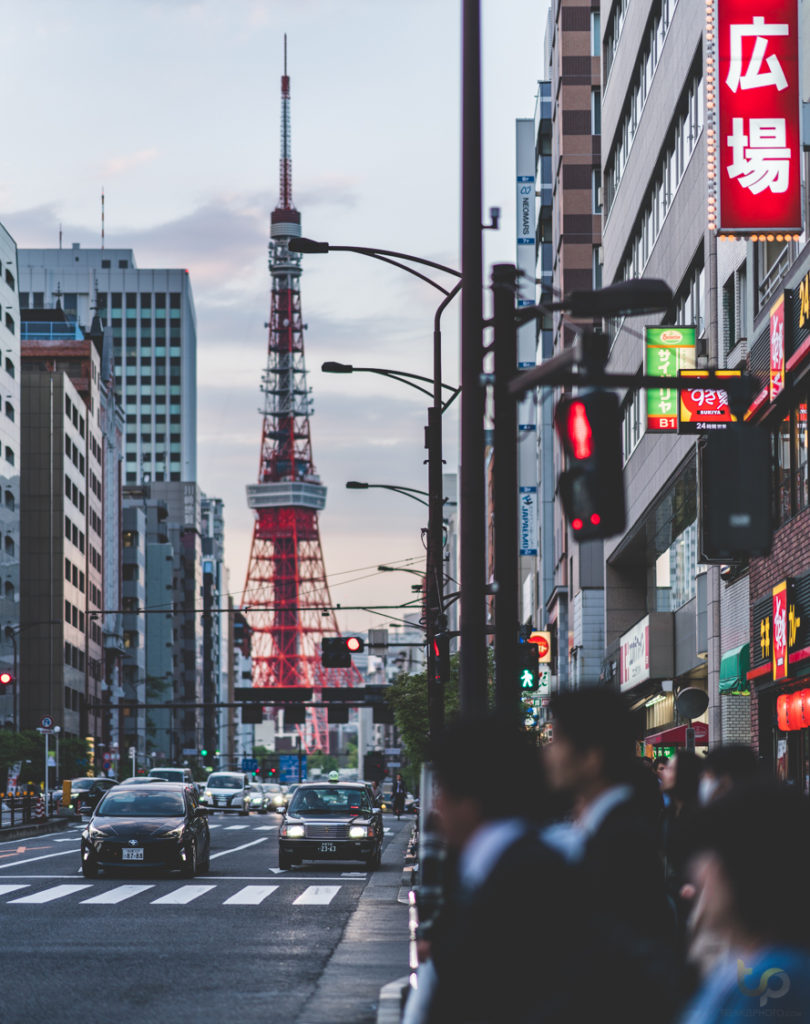 This lens has spoiled me with autofocus speed and accuracy. It is very good, especially considering the A7r is a mirrorless camera. It will only start to struggle in very low light, in which case I can utilize the handy toggle to switch to manual focus that is built in to the lens itself.  After some practice, I almost never miss the focus with this lens.

The lens is available on Amazon here! 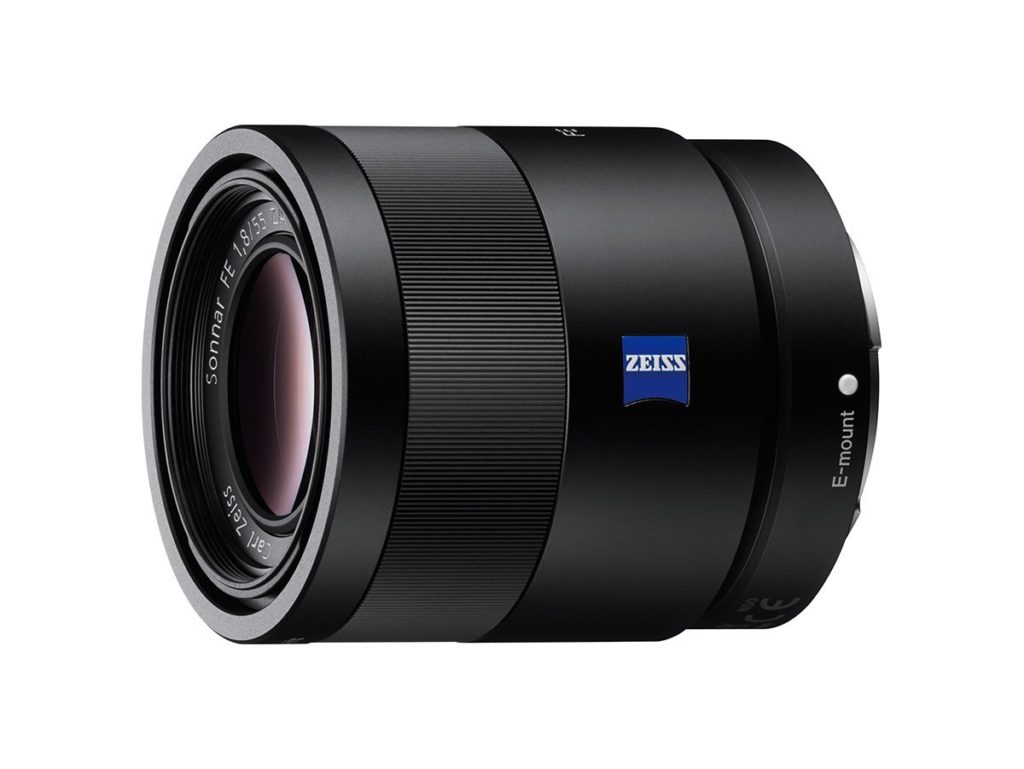 If I want to only bring one lens, I will bring the 55m f.1.8 instead. This lens is almost as good in image quality as the 85 as well as being almost as fast. In addition, it’s a lot smaller and lighter and almost $1000 cheaper. The focal length is a nice compromise between 35 and 85mm, so it’s the perfect one-prime setup. However, I still prefer the 85mm field of view, but that is entirely down to opinion.

See the 55mm on Amazon here.

Am I wrong!? Is this not real street photography? What is your lens of choice? Share in the comments below 🙂