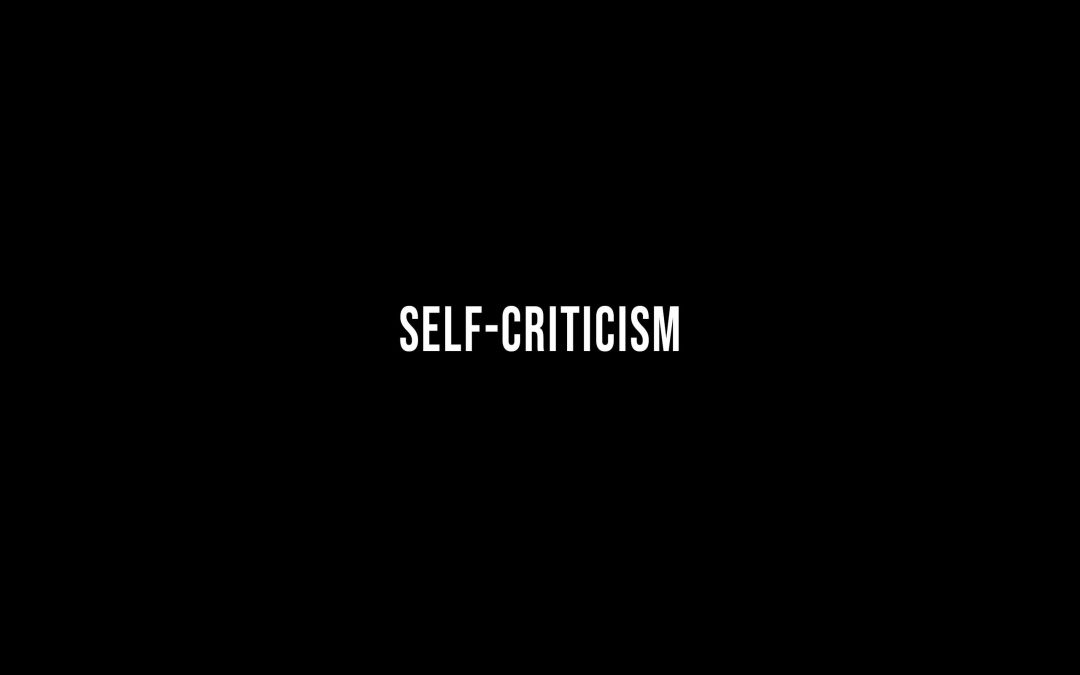 Recently I’ve tried to stop being a recluse and meet more photographers and generally be a more social person. I’ve always thought that the differences between average and great photographers is more complicated than who has the “most talent” – what matters more is how one approaches their craft. And I must say, the more photographers I get to talk with, the more I think this is indeed the case.

Too much positivity won’t help your art

I can’t help but notice a pattern in how photographers of different skill levels approach their craft.

Great photographers can analyze and find faults and patterns in every picture they see. They will not be easy to please or impress, whether it’s by other’s work or their own.

In contrast, average photographers are much easier to impress, love trading compliments, and are generally very pleasant people to hang out with… but their work is usually nothing special. (Ever notice how the most popular photography-Youtubers aren’t actually that good at photography, but instead have amazing on-screen personalities?)

Of course, the above is a sweeping generalization, but please hear me out before getting your jimmies rustled.

It’s often said there are two kinds of people, optimists and pessimists. The way I think this adapts to photography is that “optimists” find everything beautiful, which makes them more likely to pick up a camera and take a photo in the first place. In contrast, pessimists dislike most things they see and are often their own worst critics. Most of the time they won’t pick up a camera at all, or if they do, they’ll never feel like their work is good enough to even be shared. But if they do end up sharing their stuff eventually, perhaps due to pressure from friends that have seen glimpses of it – well, the work that a pessimistic photographer shares often ends up being many levels above the norm.

Personally, I was very much an optimist especially when I started out, and it definitely did me no favors.

The point I’m trying to make is that harsh self-criticism is a necessary part if you wish to stand out as a photographer or any sort of artist. Pessimists will rarely be satisfied by their work, so they’ll keep improving week after week, year after year. Especially if this pessimism is coupled with sort of an obsessive personality. Pessimists will see most work for what it is, mediocre, and they’ll hate their own work for a long time until they slowly start becoming so good that even their own pessimistic tendencies have to admit that maybe they’ve actually succeeded for once.

So if you are serious about becoming good at photography but recognize yourself as an optimist and perhaps haven’t been getting the success you feel you deserve, my advice would be this:

Stop blaming social media algorithms for your lack of success on the platforms and figure out how you can make your work undeniably good.

Stop trading compliments with friends just so you can feel good and receive unearned compliments in return.

And most importantly, stop thinking of yourself as some sort of an undiscovered genius and start becoming your own worst critic.

Of course, being too pessimistic and depressed isn’t good either, because you’ll get discouraged and won’t do anything at all. So if you area already a pessimist to start with, please do not take the advice above – you might need to do the exact opposite. Again, I’m a natural optimist, so I write this from my own perspective as a reminder to myself and people like me.

Have you noticed how often the best artists also tend to struggle with depression? The trait that makes them overly critical of themselves and their art is otherwise not a very good attitude to go through life with. I’m of course not a psychologist so I imagine this is more complicated than that, but if we assume that there’s some truth to it, we can at least learn from it. What I mean is that if you’re normally a positive person, but want to improve your photography, you should adopt a pessimist’s attitude when it comes to photography (or any art) – but live the rest of your life like an optimist.

Regarding criticism from others, I think you should still be partial to listening to other people’s feedback. Negative feedback is not always constructive or even accurate, so it can be dangerous listening to, say, random Reddit comments. You have to become your own worst critic, according to your own tastes. If you want feedback from others, it’s only worth anything if the feedback comes from people who actually know what they’re talking about, people who’s taste you trust. I wrote more about this point in another article, how to know if your work is actually good.

And finally, I’ll leave you with this meme. Regardless of everything else, if you had to bet, who do you think would be a better photographer out of these two?