Talent vs. Skill and Practice in photography 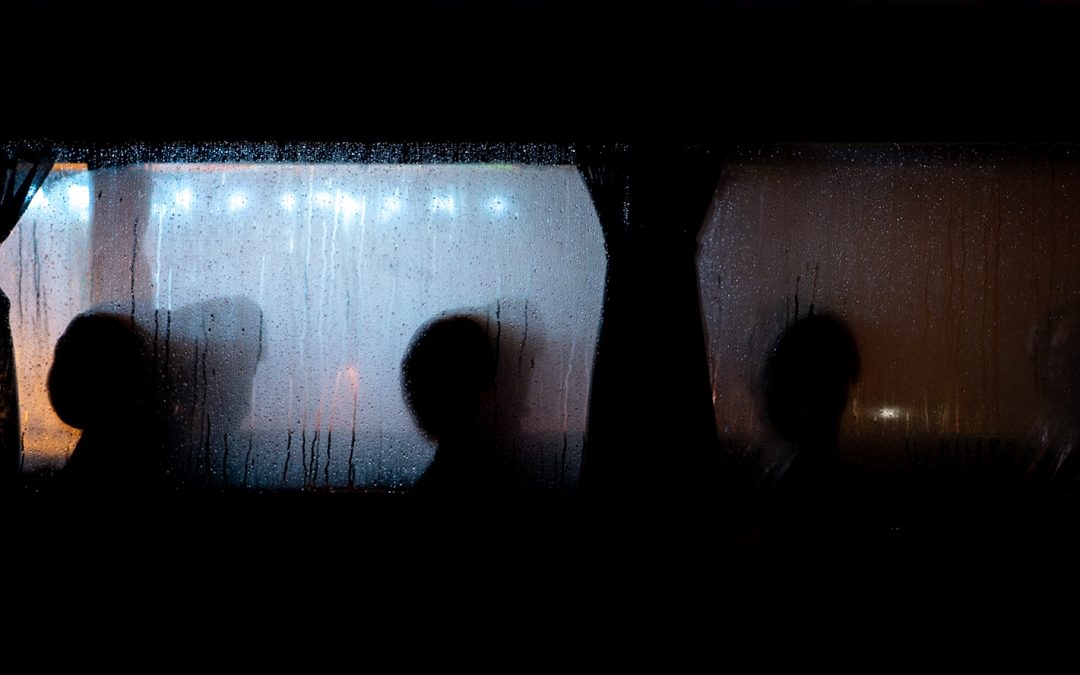 Something that has been bugging me recently is how quickly people are ready to credit someone’s achievements to pure talent, whether it’s in sport or art. In this article, I will ramble a bit about my thoughts on talent and how little I think it actually matters.

What is talent in the first place?

First, let’s start by defining talent. In my view, talent in street photography would be defined as how quickly and efficiently someone can learn to see the most optimal, unique compositions of a given scene, and how naturally they understand the fundamental elements of a great photo just by intuition. A talented individual probably learned faster and got good quicker than the average hobbyist photographer.

In other words, having talent gives you a head start. But I am not sure if it’s as important as one might think – especially those new to the field.

Personally, I never thought of myself as a particularly talented individual when it came to photography. I wasn’t born with a camera in my hand. I only started shooting as a byproduct of wanting to document my travels, and it slowly snowballed into an obsession from there. I didn’t even get what was great about street photography when I first picked up a camera, anything more nuanced than an epic sunset would get past me without a second look. I quite literally remember looking at street photos and thinking “I don’t get it”, even though 3 years later street photography is basically all I do. In other words, I’ve developed an understanding of the visual language, and I’ve done it slowly over time with practice. And even more importantly, the rate of improvement has remained relatively steady over time and still continues, which seems to prove that anyone can get significantly better at this if only they just keep practicing. 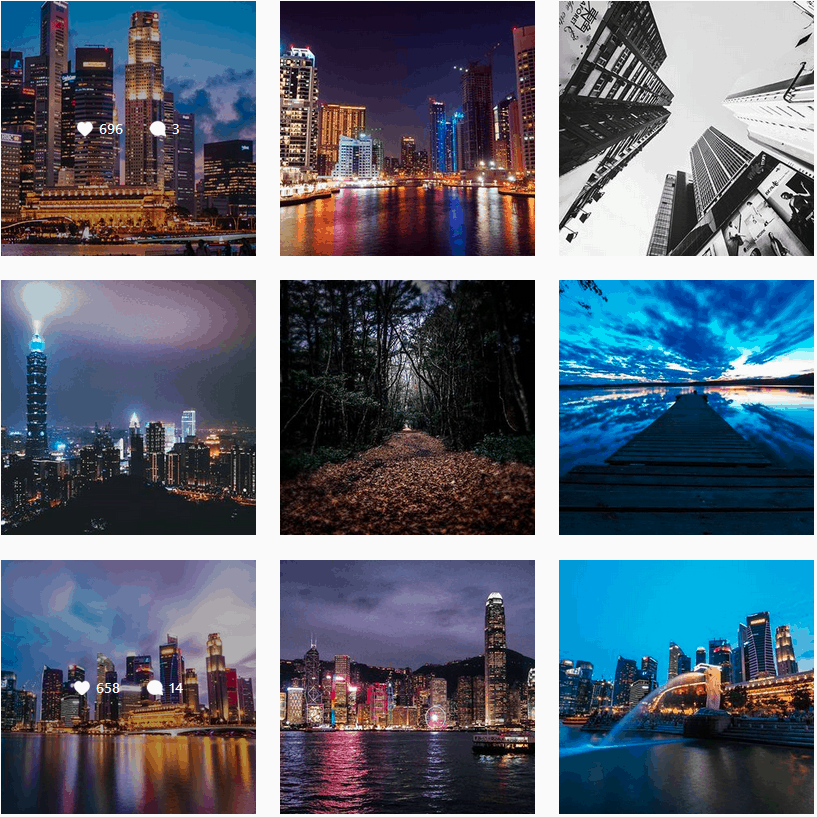 I also think that talent is a lot more rare than people think. My hypothesis is that most people that actually make it as professional and artists are not particularly talented, but instead they have the right mindset that leads to their eventual success. Because true talent seems to be quite rare. The good news is: If you develop a good process, you won’t need talent. A bit like in sports, talent only determines the ceiling of your potential skill, but if almost nobody is reaching their ceiling anyway, it matters much less. My feelings is that most photographers don’t actually treat their craft as seriously as they could, so therefore if you wanted to reach the top, there’d be nothing stopping you. No matter who you are.

Which field do you think is currently more competitive, photography or filmmaking? The answer seems obvious, probably because there hasn’t previously been as much of a glamorous career opportunity for a photographer (excluding top fashion photographers), but I think social media might be changing the game a bit, adding more room for independent artists and photographers to make a living and even become stars – something that was previously impossible. I still think my points should apply to filmmaking and more competetive fields as well, but maybe not as dramatically.

The ingredients to improvement

There are 2 things that you do absolutely need though. The first is passion – if you love shooting, you will end up doing it more than mostly anyone else, and will thus develop much faster.

The second thing you will need is a lack of ego – you will have to be able to accept that the vast majority of your work will suck. The key to improvement will be the ability to detect your own mistakes and then the ability to analyze how exactly you can improve those photos. If you are too easily satisfied by your own work, improvement will be much slower or even nonexistent.

The thing with talented people, or the more naturally artistic types, is that they seem to be more prone to slumps and creative blocks. They may have an advantage when it comes to speed of learning and their ultimate ceiling may be higher than us mere mortals, but they also seem to require “inspiration” and the correct mood to even pick up a camera and go out and shoot. I’m not saying I don’t get slumps or times when I’m unproductive, because I definitely do. But for someone who is more process-oriented, a creative block is something to push through with practice and repetition – whereas for someone who relies too much on talent, it is something to simply wait through. As a result, the less naturally talented individual ends up working harder, which usually leads to at least an equal end result. Who would you rather be, someone with average talent but 10,000 hours of experience, or someone with more than average levels of talent but only 3000 hours of experience, and a self-limiting ego to boot?

Obviously if you have a truckload of talent and have also developed a strong process, that is the ideal scenario – congratulations for winning the genetic lottery – but in the end we can only really compare our own work to the work that we did in the past. For me personally, I see noticeable improvements in quality and consistency about once every 6-8 months. But if I waited around and only went out to shoot only when I felt super inspired, I bet my development would be non-existent. And if I thought I was amazing and had a huge ego about my work, I’d still probably be taking photos that were no better than they were a year ago.

So then how do you develop a good process? This may be a harder question to answer as it may depend more on your exact situation, niche and goals, but I thought I’d share 3 of the most important corner stones of my own process below.

Shooting is fun, but I don’t always wait for the right feeling in order to go out and shoot. Especially if I’m traveling* in a new location, I sometimes have to force myself out for a few extra hours even after a long day. I may not enjoy it too much in the moment, but I will be very happy with myself after. Let’s be honest, how often is it actually mindset and inspiration that causes you to take a good photo, and how often is it related to the scene, conditions and whatever random moment in time that you happen to capture? Repetition makes you better, skill-wise, but it also forces you to “get lucky” with moments that seem like crazy coincidences. But you’ll soon find out that the more you shoot, the more often you’ll get lucky. That in turn makes your standards go up, and you’ll no longer be satisfied shooting boring, average moments.

*I am a digital nomad, which is basically a permanent traveler. This lifestyle can get exhausting, and I’ve done it for many years, so it’s no longer a no brainer to go out and shoot just because I’m traveling, because I’m almost never not traveling. Although this may be a topic for another post. I think the point applies to anyone though.

When Instagram added the “save” feature, I noticed it really helped me improve faster when I would save photos that I loved over time. I would then occasionally go back and look at all the photos that I’d saved, and it was often very obvious to see recurring themes and commonalities in all the photos that I’d saved.  I would then note down an element from those photos and then focus on adding that element to my own photos in the future. This article goes more in depth about the specific elements I’ve added to my photos in the past ~12 months.

Seeing all your favorite photos in the same place makes this process a lot easier, so I’d definitely recommend adapting some sort of a saving process. If you don’t use Instagram, you could do it with a Pinterest browser extension or just with an old fashioned folder on your computer.

You should also analyze your own shots. Take a hard look at your most favorite images you’ve taken and ask yourself, why do I like these photos?. In the same way, you should also look at which gear you were using to capture those images. I recently realized that even though I used to love shooting with the 85mm f1.4 lens in theory, my best photos were almost never taken with it. So I started leaving it home more and surprise, I started getting better results more consistently.

Shoot a variety of scenes and environments to avoid becoming too one dimensional. While it’s good to specialize in one thing, occasionally leaving your domain to shoot something completely different can be a huge help and give you new ideas. When you travel you find out that certain shooting techniques are very dependent on location and just don’t work in other places, even if the scenery is seemingly very similar. For example, after doing street photography in Japan, I flew over to Korea and found out that I wasn’t actually that good at street photography at all, it was just that Japan was extremely photogenic and easy to shoot. I then struggled to get almost a single good photo out of the streets of Seoul, but the experience caused me to rethink my whole process and I learned a lot. If you get good at shooting places that aren’t naturally as photogenic, imagine what you can do when you actually go to a place that compliments your style of shooting!

Now I realize not everyone is able to travel as freely as I can, but you don’t necessarily have to travel to another country to do this. It could be as simple as learning how to shoot portraits for a while or traveling inside your own country to a new location. Or shooting with different gear – I recently got started with analog photography, and it’s helped me understand light and techniques on a more fundamental level than before. Black and White photography is another thing I’ve still yet to even get started in. Especially if you feel like your work is in a slump, it might be a great time to try something different for a while.

Thank you for reading, this has been the second article in my “in depth” article series that I will slowly be publishing over the coming months. I am curious to see how many people agree with me, I have a feeling some of this might come across wrong so I’ve put off publishing it for a while – do let me know your thoughts below in the comments.

If you’d like to read the future installments of my analytical blabbering on the subject of photography, you can subscribe to my email list below. Don’t worry, I am too lazy to send spam, I send like 4 mails per year.