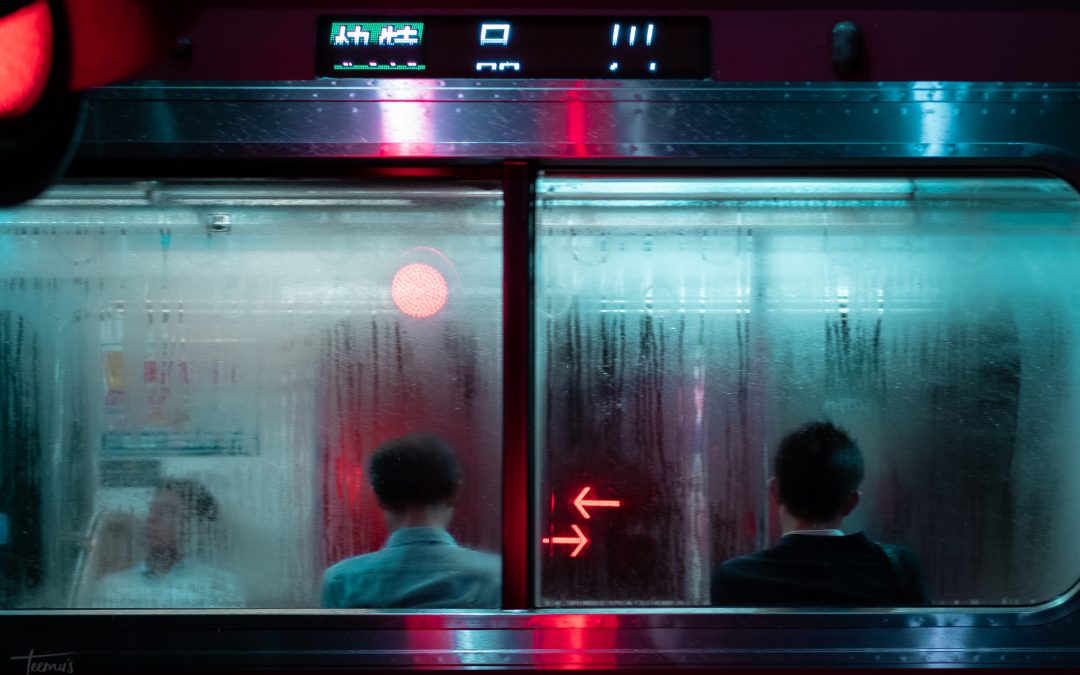 End of year is a great time to look back and reflect. Last year, I wrote an article about all the things I learned about photography in 2018, and while it got me banned on Reddit’s r/photography for self promotion, it was well received in general. It’s now been a year, so it’s an excuse for me to share all the lessons in photography I’ve learned in 2019.

If you’re new to the site, I should mention that I am a street / urban photographer doing this part-time, so these lessons are just from that perspective and are related to subjects such as social media and the artistic struggle of street photography – but they’re not necessarily applicable for everyone, such as wedding photographers for example.

Too often I used to rush my editing process. I would take a photo, edit it, then publish it almost immediately. The problem with this is that it’s simply not enough time for all edits to “mature”. You will often tend to overrate fresh work. It has caused me a lot of frustration when I’ve done an edit too quickly, then posted a photo on social media, only for it to perform poorly – and the reason it had done poorly is because I had not done as good of a job on the edit as I’d initially thought. Instagram gets a lot of hate for their algorithm, but because the algorithm is so ruthless, sometimes I kind of like the fact that I can’t get away with a low quality rush job. Sometimes, not getting good engagement is your own fault, and the algorithm actually works as intended.

So I’ve given myself a new rule – I will almost never be done with only 1 round of editing. I’ll finish an edit, then look at it again in a few days and see how it could be improved with fresh eyes. I’m almost never happy with an edit after those few days have passed. Now, I’ve accepted that it will take a few rounds of edits to arrive at a satisfying end result, and not to rush it. Sometimes, it may take several months until I’m happy with a photo, and that’s fine.

Below is an example of a photo I took in Sapporo. On the right side, you will see the edit I came up with immediately after taking it. On the right side, you’ll see an edit I came up with several months after. The photo on the left is ok but not really that special for me, while the photo on the right is one of my favorite shots from the whole year, because I managed to bring out the element of darkness that I personally love in the edit. But because I’d initially gone a totally different direction with the edit, I couldn’t arrive at the photo on the right immediately. I had to reset the whole thing and start over, which took me a few months to come up with. (Crop not finalized, just the tone for sake of comparison) 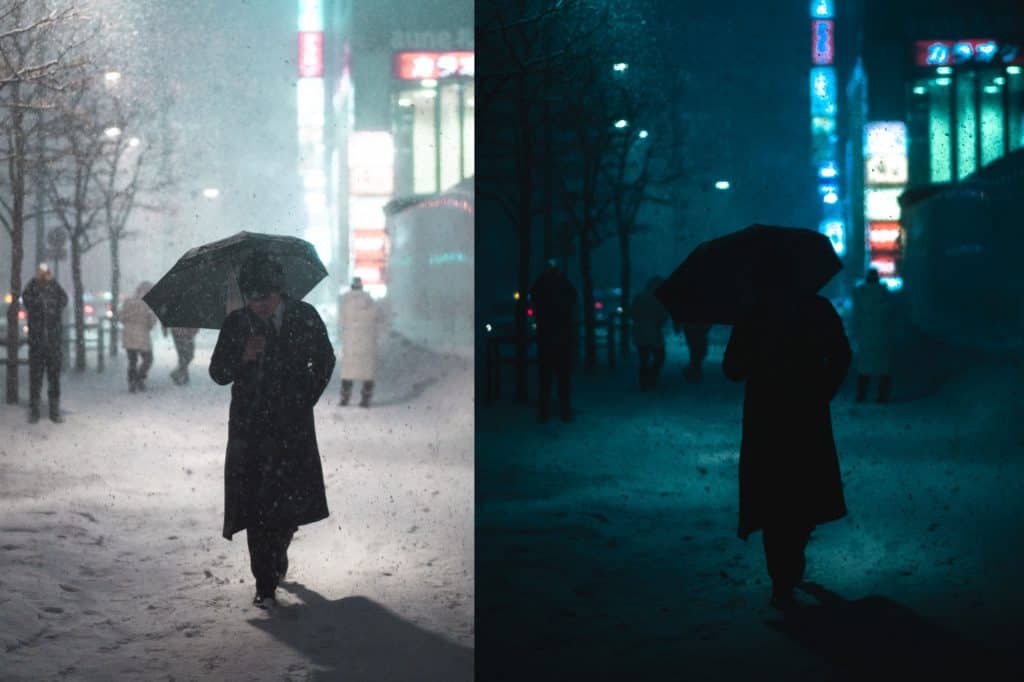 2. Sometimes it’s better to NOT show your subject directly 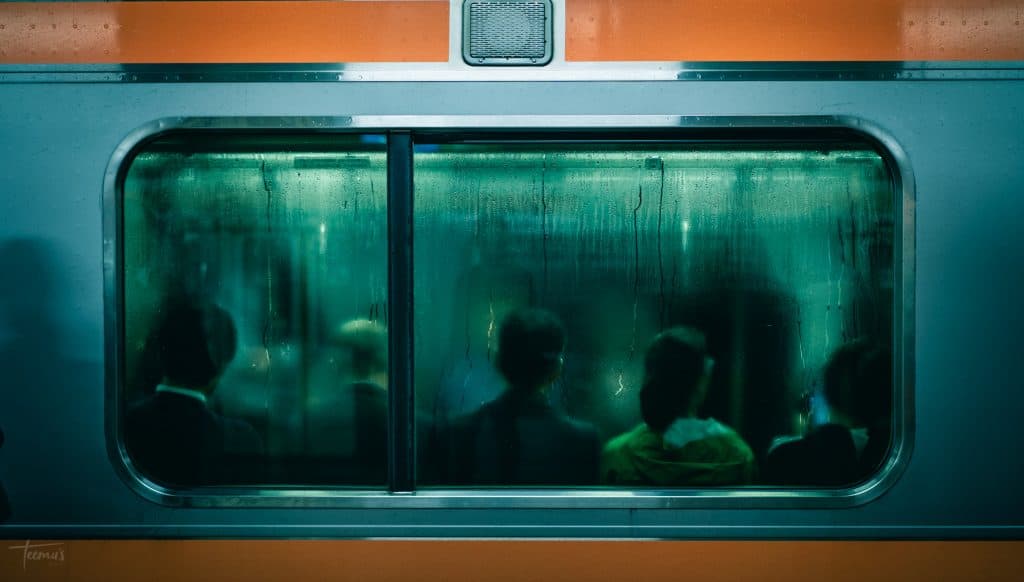 One day while eating lunch, I stumbled upon this Youtube video from Sean Tucker featuring Joshua Jackson. In the video, they talk about not showing your subject head on, instead framing them in a way to keep the viewer intrigued and guessing ( I can’t remember the exact quote since it’s been a while but please watch the video yourself, it’s an excellent interview). Anyway, after I first saw this video I didn’t even really think much of it, except the idea started living inside my head and I slowly started to understand what they were talking about. Around the same time I also discovered the pioneering work of Saul Leiter, who was probably the first street photographer to think this way. After a while, I’ve started experimenting with this way of thinking about street photography, and have surprised myself with some of the results I’ve been getting.

3. If your photos aren’t good enough, you’re not close enough…

Yeah, I know – cliche advice. But this is something I haven’t done very well recently. My photos have all been from a bit too far, and recently I’ve realized that I’ve relied too much on cropping instead of zooming with my feet. Sometimes, one must get closer to their subjects, even though that might be kind of scary. But ironically, as I started to focus more on other factors of street photography, I’d forgotten the basics. I only realized this because I was looking at my older photos from 2018, where I actually used to be closer to subjects, even if otherwise my photography has improved and gotten more consistent since then.

4. Recycling your best work on social media is smart

This is strictly social media related, but I think I and many others have been too scared to “repost” pictures. But I think that’s the wrong way to think. Realistically, not many people are going to remember every single photo you’ve taken and posted years ago. And because usually your best work will be superior in quality to your every-day content, I think it’s fine and actually a good strategy to cycle your best work back into your feed periodically, maybe once every 6-12 months. This only applies to your best photos though, it’s better not to recycle everything.

I actually like seeing some really good photos from artists I follow, and I don’t mind if they post it again a year later, or even every year. Additionally, there can be a big portion of your new audience that have never even seen that photo, so why not milk everything out of it and repost your best stuff once a year? Honestly I don’t think there’s a downside, because no one is going to lose interest in you, unless you do this obnoxiously often. Another hidden benefit is that it’ll take some pressure off those you that feel like they must constantly be posting, since you should have at least something to fall back to… AlthoughI think that that’s a dangerous way to think in the first place, but that might be another topic. Point is, repost away.

5. Grain and imperfections can add character

I’ve started following more and more analog shooters this past year, and by seeing their work consistently, I’ve started to enjoy the imperfections of film photography. So much so that I’ve started editing some of my digital photography in a way that mimics film. Currently I don’t have a film camera, due to lack of space in my luggage and the fact that I’m living a lifestyle of constant movement, but I do miss it as well. Some day, I’ll go buy another film camera.

Below is a digital photo I’ve edited inspired by underexposed film photography. 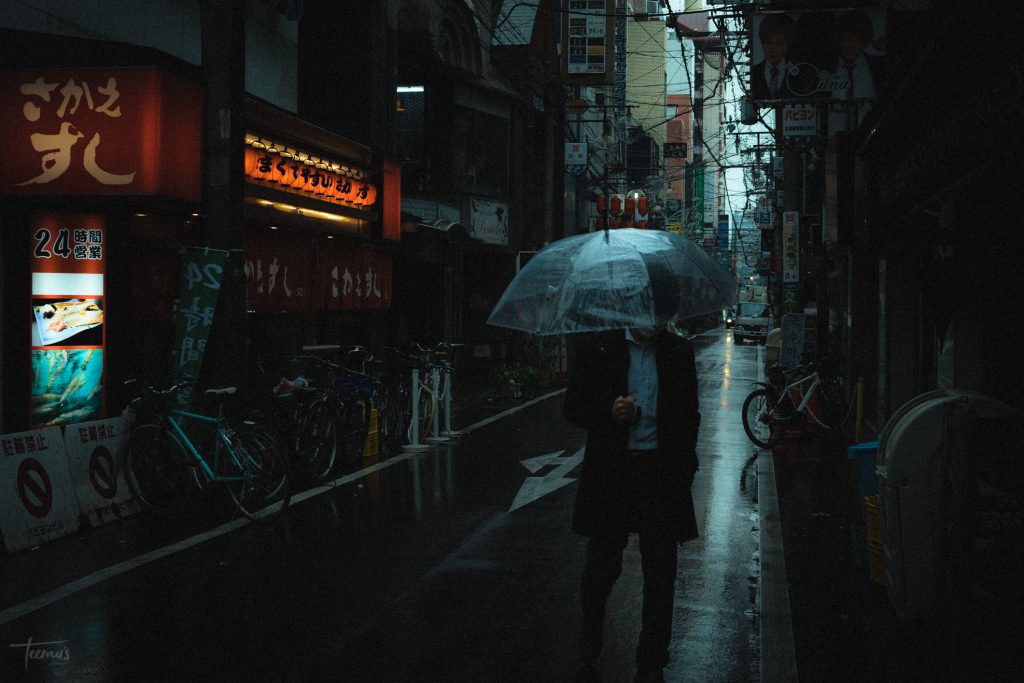 6. You have to put your stuff out there yourself

This year I got a reminder that you really do have to simply put yourself out there and more good things will happen. It can feel “slimy” sometimes, as it can go against your humility as an artist, but it must be done if you wish to be known and reap all the beneficial opportunities that come with that.

One morning, I randomly submitted an article on Boredpanda after I remembered some of my friends having done that in the past. The editor of the site liked my submission, and it got featured on their home page. From there, it got picked up by several other blogs and small news sites, which brought a lot of new audience to my stuff and resulted in some business opportunities that I would never have gotten otherwise.

You can’t expect every submission to every site to be a huge viral success. But if your work is beyond a certain quality threshold, if you put it out there enough times, it will eventually get noticed and good things will happen. It’s up to you to come up with the best places to promote your work, but it’s a good idea to occasionally put your stuff out there beyond just posting on Instagram. If you get good enough at this, you can earn a decent supplementary income from your photography even as a hobbyist who does no work assignments.

7. When it comes to social media, don’t put all your eggs in one basket

Continuing on the subject of social media, if you are serious about building a following in order to slowly get to a point where you can earn an income from doing what you love, or any other motivation you might have really, then it is smart to diversify your social media channels. Don’t be that guy who just has an Instagram account but nothing else. I think Instagram is showing signs of serious decline, and via their own greed, or possibly via their compulsion to please the stock owners, they are at risk of ruining their own platform. They haven’t done it yet, but things such as them itching to remove the like counts show some worrying signs of shortsightedness, trying to squeeze out every dollar while still staying at the top. It helps that currently Instagram has no real competition, but as soon as a legitimate contender appears, it will be at serious risk. It might not be this year or the next, but nothing lasts forever.

But even if we ignore the doomsday scenario of Instagram going the way of Myspace, it’s still obviously smart to diversify your social media channels. Who knows when Instagram might shadow ban your account for no reason, or when they decide to update their algos again to the point where everyone will be lucky to get their posts seen by 1% of their followers. Or your account might simply get hacked, which I’ve seen happen to people with 100k+ followers. Personally, to diversify, I have been using Twitter more and more this year, as well as having a Tumblr, an FB page, and obviously this blog. I’m also thinking about the idea of starting Youtube more seriously, which would happen on this channel.

Thanks for reading. What do you think of this? What are some things you have learned? Let me know in the comments section below.